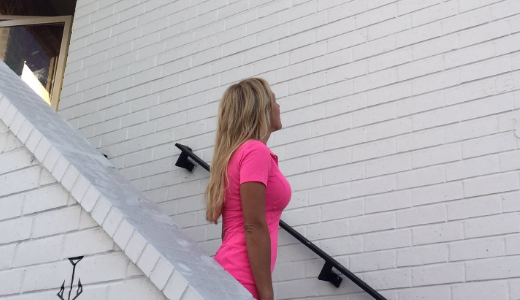 Despite recent struggles on the course, Natalie Gulbis is still one of the most popular golfers on the LPGA Tour.

She’s also a big breast cancer awareness supporter, and proves it by dressing in pink for practice.

Gulbis shows off her sweet swing, while practicing for her next big event at the Blue Bay LPGA in China.

The former Evian Masters champion is also one of the best pro golfers to follow on social media, always giving her fans a look at her behind-the-scenes life on the tour.

And it’s not just fun picture and videos, Gulbis also passes along great quotes (big ones) to look at and think about.

How crazy cool is this office building!! Has my favorite quote. I had this quote on my wall since I was 10 banner size growing up pic.twitter.com/7xvUG7DTCC