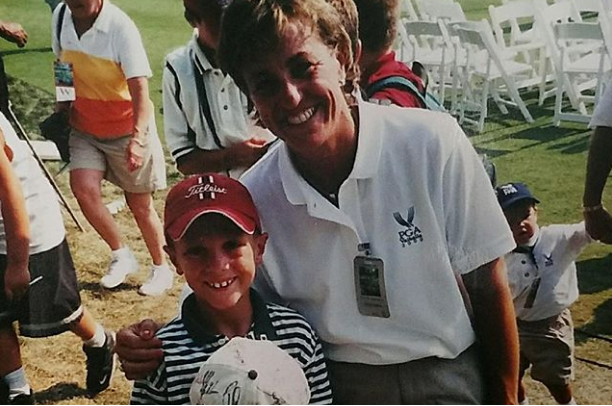 Justin Thomas appears in this promo video, coinciding with the PGA’s announcement that his native Kentucky will once again host its marquee major.

The 2024 PGA Championship will be contested at Valhalla, the Jack Nicklaus design in Louisville, Kentucky.

Valhalla has hosted three prior PGA Championships, including the 2000 edition where Tiger Woods made a comeback for the ages.

In the video, Thomas credits Tiger’s “epic” performance for cementing his love of golf.

“The one [PGA Championship] in 2000 with Tiger and Bob May. That’s kind of what really – I mean I was already into golf, I already loved it, but that’s really what got me wanting to do what I’m doing now,” said Thomas, who was a 7-year old in August 2000.

“Being inside and listening to the roars, and watching Tiger have the epic comeback. And really just epic tournament and finish. That really, kind of got me excited.”

The @pgachampionship is headed back to Louisville and Valhalla Golf Club — in 2024. We think native Kentuckian Justin Thomas — who got just a few autographs at the #PGAChamp in 2000 — will be ready.

In 2014, when the PGA last appeared at Valhalla, Thomas had just turned pro and was making his way on the Web.com Tour. Three short years later here he is as its reigning champ, and the young gun who won that year – a then 25-year old Rory McIlroy, has gone winless in majors since.

That’s life in the big leagues.