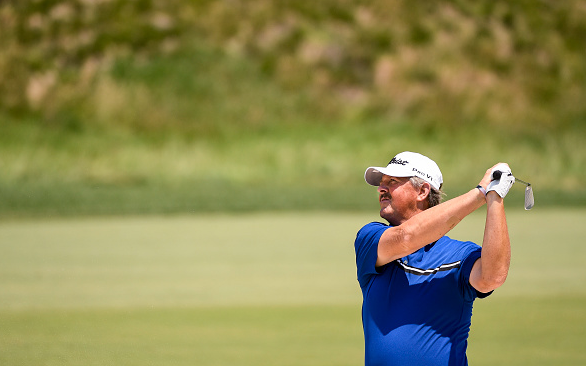 Jay Don Blake is playing in the Mitsubishi Electric Classic down in Georgia at TPC Sugarloaf. The 58-year-old from Utah was even for the day, and in danger of dropping a stroke on the par-4 12th when his approach shot landed left of the green on a slippery down-slope.

An up and down would have been terrific for Blake. A chip-in birdie would be even more amazing. And that’s just what Blake did.

This shot is very difficult.

As Lanny Wadkins said in the broadcast, “Thank you flag stick!”

Blake finished his second round with a 2-under 70 and is tied for 10th at 5-under-par.