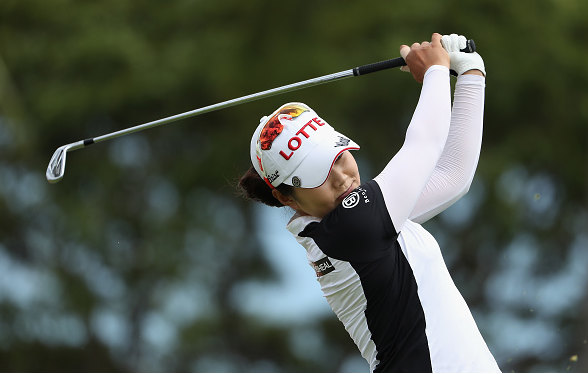 The LOTTE Championship endured another rain-delay during round three on the island of Oahu, Hawaii. But when all was said and done, Korea’s Su-Yeon Jang moved into the solo-lead after posting a 7-under 65.

The Korean, who was tied for the 36-hole lead, is three shots up on American Cristie Kerr and Canada’s Alena Sharp, who are both at 14-under and tied for second.

Kerr moved into the second spot after shooting a course and torunament record 10-under 62, while Sharp shot a 6-under 66, her third straight sub-70 round.

While Kerr is seeking her 19th career win, and her first since 2015, Jang, who is on a sponsor invite, and Sharp are both looking for their first career win.

“I had a great feeling for my shots and putting today. Because I had to finish up the second round this morning and playing another 18 I was a little bit tired, but I know I’m so far away from home and I traveled so long to play this tournament, so I try to tell myself just to suck if up and have a good time and play a good round today.”
–Su-Yeon Jang, Third Round Leader