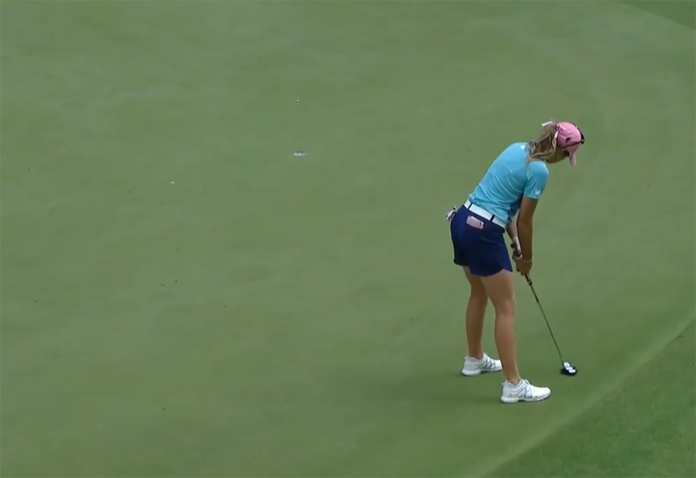 Paula Creamer has struggled this season with two missed-cuts in five starts, and a best finish of T30 at the HSBC. But yesterday the Pink Panther was on the prowl, and sinking some serious putts during the opening-round of the LOTTE Championship.

The Pink Panther was on the prowl during Rd. 1 @LPGALOTTE as @ThePCreamer put on a putting clinic on her way to a 6-under 66

Creamer cited a new putting grip for her success on the greens at Ko Olina Golf Club in Hawaii.

“I putted really well,” said Creamer. “This is my first week back doing that and using my line, and it seems to be doing pretty good so far.”