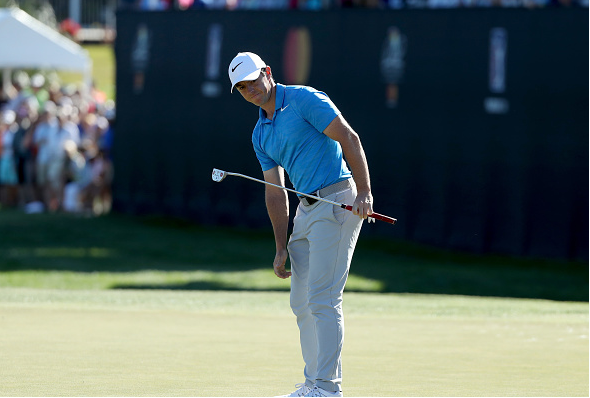 Marc Leishman won his second PGA Tour title, and his first in nearly five years, at Bay Hill this weekend. The 33-year-old Aussie shot a 3-under-par final-round to capture the 2017 Arnold Palmer Invitational with an 11-under four-round total – one stroke better than 54-hole co-leaders Kevin Kisner and Charley Hoffman.

Rory McIlroy made an Arnold Palmer like run at it on Sunday, but a bogey on 18 knocked him out of contention. The (new) world number 2 finished at 3-under for the day, and 9-under for the tournament, tying Tyrell Hattton for fourth place.

The win is the second consecutive for an Australian at Bay Hill, as Jason Day captured the Arnold Palmer title in 2016.

As part of closing up shop on another week, and getting ready for the exciting World Golf Championship – Dell Match Play over in Austin, here’s a look at the PGA Tour’s weekly video recap from Orlando.

Everything you need to see from Sunday at Arnie's place. pic.twitter.com/daUyHpGTSs

The three-minute clip looks back the the week that was at Bay Hill, including some great golf shots and scary creatures.