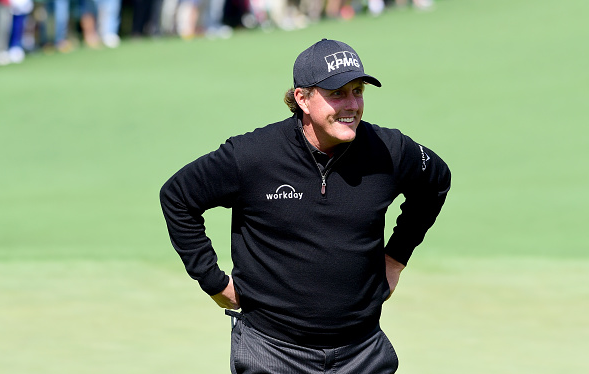 The first round at the Masters is in the books and we have a surprise at the top of the leaderboard. 40-year-old journeyman Charley Hoffman fired an incredible round of 7-under 65, in brutal conditions, and lapped the star-studded field by an avergae of nearly 10 strokes.

William McGirt (-3) and Lee Westwood (-2) were the only other players to go multiple shots under par, while Phil Mickelson (-1) headlined a group of eight other players who were able to get into the red numbers. In total, only 11 players shot an under-par round on day one.

The tournament started off with an emotional tribute to the King, Arnold Palmer, then transitioned into the stunning news that the reigning king of golf, world No. 1 Dustin Johnson, had withdrawn from the 81st edition of the Masters due to a back injury.

On the course, the day was filled with strong winds, epic shots, frayed nerves, and, amazingly, another QUAD from Jordan Spieth on a back-nine hole at Augusta National.