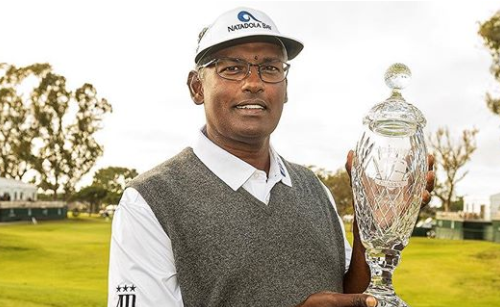 Vijay Singh shot a 5-under 66 on Sunday to capture his first Champions Tour title at the Toshiba Classic. 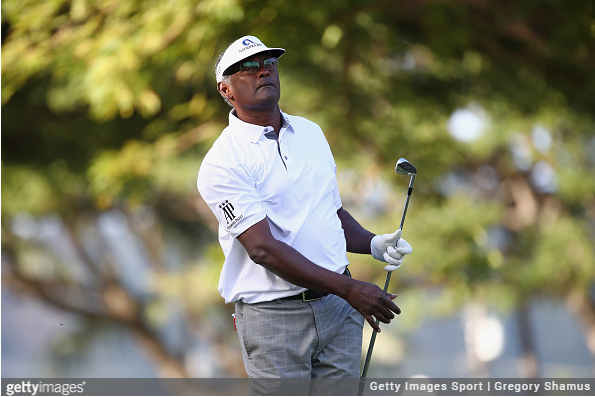 Singh started the day two off the lead, and remained there through the first nine holes. But after reeling off four birdies in a six hole stretch (Nos. 10-15) the 55-year old Hall of Famer moved to the top of the leaderboard at Newport Beach Country Club.

“My mindset always when I tee it up is to win golf tournaments. It’s just been a long, long drought, a lot of injuries, a lot of bad golf, you name it,” said Singh, whose last win came in 2008 at the WGC-Bridgestone Invitational.

“But it’s nice to win. It’s the first win for a while, and hopefully this is the start of many to come.”

Tommy Tolles (65) was tied for the lead with Singh until carding his only bogey of the day on the par-3 17th to drop to T2 at 10-under par, alongside overnight leader Tom Pernice, Jr. (69), and Scott McCarron (68).

“Right now I’m just really disappointed because things could have been so much easier, just two little six footers on 17 and 18 there and my whole world changes,” said Tolles. “But I guess that’s golf.”

David Toms birdied the par-5 18th to post a 67 and reach 9-under par, good for sole possession of fifth-place.

“Yeah, I just put a lot of pressure on myself when I first came out here. Every time I teed up, you know, I was – I thought I had to win. The more I did that, the more I didn’t win, the harder it got.”
– Vijay Singh