Fred Funk fired a 7-under 65 in the second round of the Regions Tradition at Greystone to grab the 36-hole lead at the season’s first major of the Champions Tour. 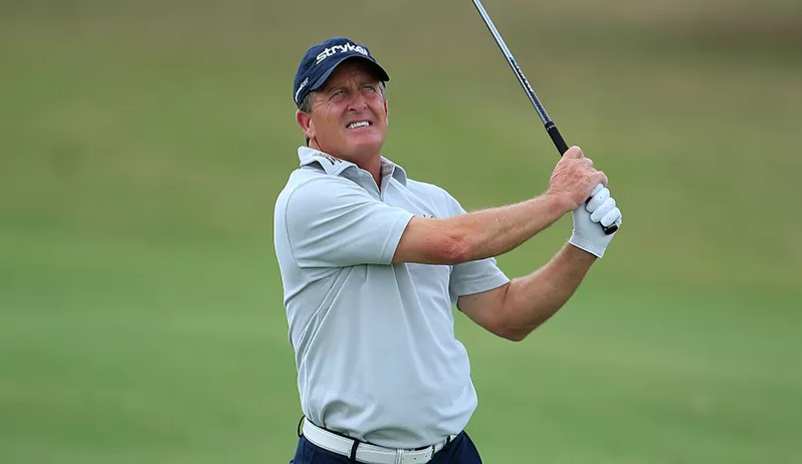 First round co-leader, Scott McCarron, is alone in third at 9-under, following a 2-under-par 70.

Four players are four shots back, and tied for fourth at 8-under. The four include Kenny Perry, Jeff Sluman, Kevin Sutherland, and Miguel Jiminez.

Defending champion Bernhard Langer posted another 3-under 69 and is tied for 10th at 6-under.

Fan favorite John Daly, fresh off a win at the Insperity, posted a second-consecutive 1-under 71 and is at 2-under for the tournament.

With forecasts calling for bad weather, Saturday’s third round will have a two-tee start.

David Toms chips in for birdie on the 10th hole. (Make sure you copy that motion, “you folks at home.”)

Bernhard Langer with a long bomb birdie putt on No. 7.

The #SchwabCup leader is 6 back, but Bernhard Langer is making a charge in Round 2 of the @RegionsTrad. pic.twitter.com/huW3rjDBtM

“The irony is Scott [Parel] and I have become really good buddies and I’ve never played with him yet. I was just thinking, ‘Boy, it would be nice to play with him in the last round, last group.’ I’ve got him, so that works out really good. I think combined we’re not 6 foot (tall), but that’s OK.”
–Fred Funk, 36-Hole Leader, Regions Tradition, commenting being paired with Scott Parel.