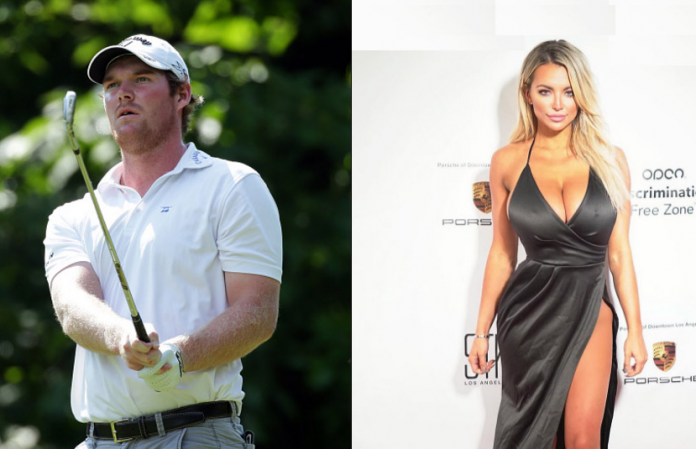 He may not be the greatest pro golfer in the world, but Grayson Murray may have a future in marketing. The 23-year-old rookie from Arizona State is having a tough go of it in his first stint in the big leagues – missing the cut in eight of his first 11 starts.

That kind of performance is obviously not going to get him an invite to join his college teammate, and fellow rookie, Jon Rahm, in Augusta.

However, because the winner at this week’s Shell Houston Open earns the final spot in the field at Augusta National, Grayson, despite his difficult season, has one last shot.

So the North Carolina native came up with a genius idea to get golf fans to root for the 132nd-ranked player in the world this week: He asked model, and social media star, Lindsey Pelas, if she’d caddie for him at the Masters Par 3 contest – IF HE WON in Houston.

Ms Pelas, “obviously,” accepted the potential gig down in Georgia.

Hey @LindseyPelas if I win next week in Houston will you be my caddy in the par 3 tournament at The Masters?

Ayyyy! Looks like I got some motivation now! https://t.co/PDV5NaIEUC

After an opening-round 4-under 68, Grayson is only four shots back of leader Rickie Fowler. So who knows. Stranger things have happened in golf.