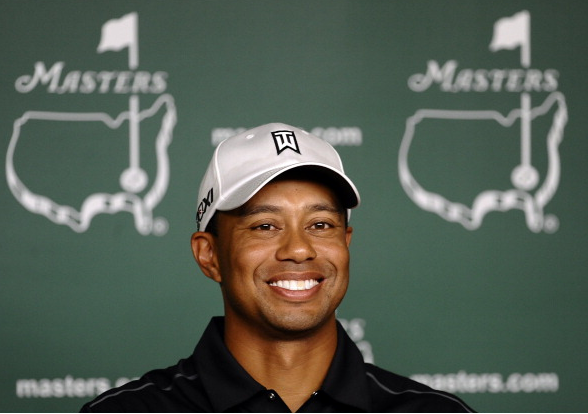 The golf world was all abuzz over the news that Tiger Woods was listed on the official pre-tournament interview schedule, released by The Masters tournament.

Woods is scheduled to make an appearance in the interview room at Augusta National Golf Club on Tuesday at 1:00 PM (ET), exactly an hour before Dustin Johnson speaks. And while every other player is allotted 30 minutes, the former world number one is given a full one-hour block.

Woods last played in Dubai, back in early February, where he withdrew after a disastrous opening round 77, which produced not a single birdie. His agent, Mark Steinberg, cited lower back spasms.

Despite many saying he’ll never truly compete again, and is entering PGA Tour events simply to milk money from sponsors, Woods hasn’t given up just yet.

According to reports, the 41-year-old has been practicing with Chris Como, his personal coach, in Florida for the past 10 days. Woods said he still has hope, “I’m trying everything I possibly can to get to that point. I’m working, I’m working on my game. I just need to get to a point where I feel like I’m good enough and I’m healthy enough to do it.”

As a 4-time Masters champ, Woods will be attending the annual (Tuesday evening) Champions’ Dinner, so he’d be on the Augusta National grounds on that particular day, regardless of his plans to compete.

Additionally, the 14-time major champ is in the midst of a promotional tour for his new book titled, THE 1997 MASTERS, MY STORY – commemorating the 20th anniversary of his first victory at Augusta. So there’s that angle – which, one could say, also plays into the doing it for the partners/sponsors theory.

One Augusta source told the UK’s Sportsmail that “Tiger is part of the field until he says he isn’t.”