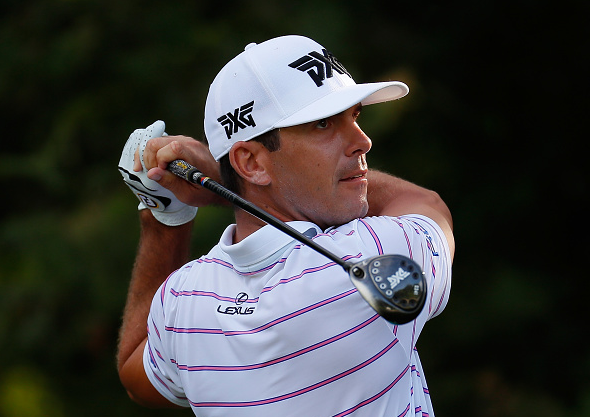 After a two-week Asian swing, and an opposite-event stop in Mississippi, the PGA Tour moves back out west for the Shriners Hospitals For Children Open in Las Vegas, Nevada.

The field at the TPC Summerlin is not exactly loaded with big names (OWGR-SOF rating of 185). But like most early-season Tour events, it offers a nice blend of young players and big name vets, all vying to jumpstart their new season with a win and 500 important FedEx Cup points.

Here are the Power Picks for the Shriners Open at TPC Summerlin.

Arguably the highest-profile player in the field, Koepka is making his second appearance since his great Ryder Cup performance, where he went 3-1-0, earning three points for the winning American team. In the biggest blowout in Sunday singles, Koepka obliterated Masters Champion Danny Willett 5&4. Koepka was T40 last week at the HSBC Champions. He had seven top-10s in 2015-16.

Walker, the PGA Championship winner, was in third place going into the final round of last year’s Shriners. A disastrous fourth-round 78 (+7) caused him to plummet to T50. He bogeyed the first three holes, and then was unable to right the ship. Walker has been up-and-down since his breakthrough major victory. He missed the cut in his next two events, but was solo-third at the Deutsche Bank Classic. He made the Ryder Cup team, but was one of only two Americans (J.B. Holmes) to tally a losing record, going 1-2-0. He lost 3&2 to Rafa Cabrera-Bello in his singles match.

Horschel has not quite taken that next step he looked ready for when he blitzed the competition on his way to the 2014 FedEx Cup title, but is still coming off a strong season where he finished in the Top 15 in three of his last four events. He has played the Shriners just twice, finishing T16 in 2011 and missed the cut in 2014.

This is the PGA season debut for the 2010 U.S. Open Champion, one of a small handful of former major winners in the field, joining Jimmy Walker, Keegan Bradley, Stewart Cink, Lucas Glover, Geoff Ogilvy, Davis Love III, Ernie Els, and Vijay Singh. In his first three events of the 2015-16 season, McDowell had a win, a solo-third, and a T6. He will be hoping to start off his 2016-17 in a similar way. Two weeks ago, he finished T4 at the British Masters, a European Tour event.Shrione

Looking at all the internal and external factors, Moore should be an easy favorite. First off, this is something of a home game for Moore, as he played his college golf at UNLV. He also won the event in 2012 at TPC Sumemrlin, when a first round 61 was the catalyst to a close victory over three players including Jason Day. Finally, Moore is red-hot right now. Since mid-August, he has won the John Deere Classic, finished T7 at The Barclays, T8 at the Deutsche Bank Championship, and took Fed Ex Cup Champion Rory McIlroy four holes into a playoff at the Tour Championship. His first two starts this season have produced two more Top 25s.