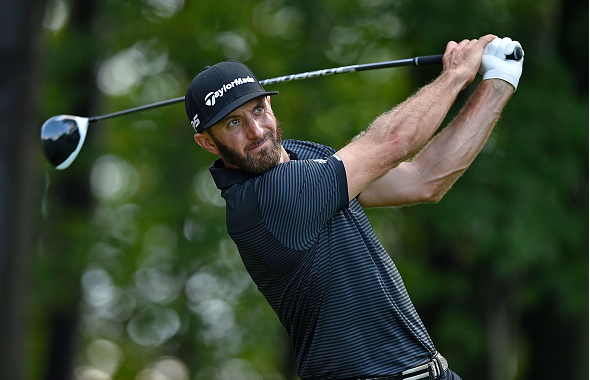 When world No. 1 Dustin Johnson was forced to withdraw from The Masters, minutes before his tee-time, due to a back injury from an off-course incident, he sounded confident that it would be a short-term problem.

The injury came at the worst time, as he had won his three previous tournaments coming into The Masters. Now, over three months later, Johnson admitted that the injury still bothers him, and has hurt his confidence.

Johnson has struggled as of late, missing his last two cuts (The Memorial and the U.S. Open) and finishing T54 at last week’s Open Championship.

Johnson is in Canada this week for the RBC Canadian Open.

“A little lack of confidence, maybe. For 10 or 12 months leading up to the Masters, I had been playing really good golf, but it’s just been a little bit of a struggle to get back. I’ve had to put in a lot of work just to get back where I was, and I’m starting to see signs of it.”
–Dustin Johnson