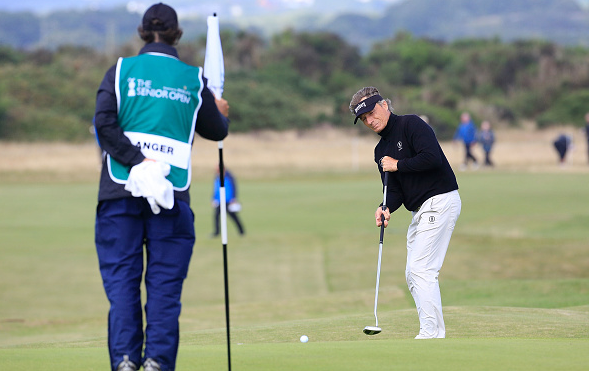 In the midst of yet another dominating season on the Champions Tour, 59-year-old Bernhard Langer has dealt with considerable criticism in regards to his putting stroke. A number of media members, most notably the Golf Channel’s Brandel Chamblee, a one-time winner on the PGA Tour, have questioned if the stroke violates the ban on anchored putters.

The USGA has consistently defended Langer in the matter, but that has not completely quieted the accusations. Langer voiced his frustration on Wednesday at Royal Porthcawl in Wales, in preparation for this week’s Senior Open Championship.

“It’s human to be jealous, let’s put it that way. If I was 180th on the money list, I don’t think anybody would be talking about it. But I’ve been No. 1 the last few years.”
-Bernhard Langer