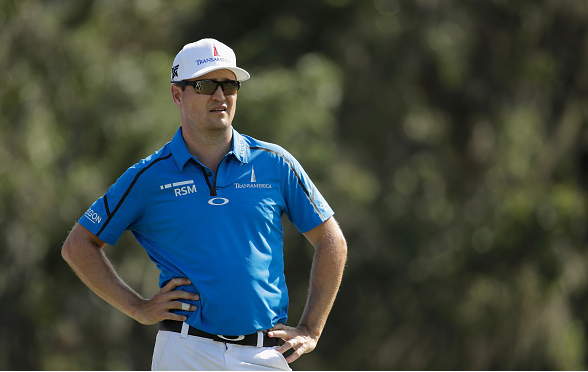 When discussing hotheads on Tour, one name that is extremely unlikely to come up is the famously composed Zach Johnson. A two-time major champion (2007 Masters, 2015 Open Championship), Johnson has made a great living off his patience and equanimity.

Unfortunately, for Johnson, what appears to have been a weak moment may threaten that reputation. Johnson had a rough week at the Dean & DeLuca Invitational, a tournament he has won twice, posting 67-75-75-70 (+7) which left him in a share of 63rd place.

During that third-round 75, the 41-year-old Iowan was put on the clock for slow play. Already frustrated, Johnson dumped all his clubs on the ground. A picture of the incident’s aftermath has gone viral.

Zach Johnson with a major meltdown after being put on the clock. Dumped all his clubs out of the bag! pic.twitter.com/KDJleSu8vC

Not my proudest moment yesterday. Putter was stuck, yanked it out, many clubs came out, frustrated for sure. Tap in double. Ugh.

Zach Johnson WDs From The Open After Positive COVID Test