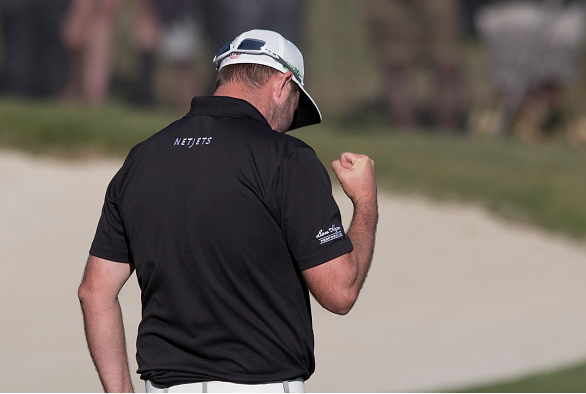 Marc Leishman finished at 11-under to capture the Arnold Palmer Invitational – his first PGA Tour title in nearly five years.

Leishman edged 54-hole co-leaders Kevin Kisner and Charley Hoffman by a stroke. Rory McIlroy and Tyrell Hatton rounded out the top-5, finishing tied for 4th at 9-under.

The week at Bay Hill was filled with some epic shots, including Leishman’s 51-foot eagle on 16 which proved to be the difference-maker. To wrap up the coverage in Orlando, here are the best 3 shots from the Arnold Palmer Invitational.

With most of the focus on the two 54-hole co-leaders (Kisner and Hoffman) along with superstar McIlroy, the 33-year-old Leishman was flying under the radar.

Right up until the Aussie drained this 51-footer for eagle on the 16th hole.

Kevin Chappell didn’t have the greatest tournament at Bay Hill, finishing at 3-over, and tied for 49th. But Chappell’s best stretch happened during the early going of Sunday’s final round.

The California native first birdied the 5th hole – a 390-yard par-4. The 30-year-old followed up that birdie with a hole-out eagle which gave his caddie a little bit of adrenaline.

Zach Johnson had quite the forgetful performance going in the final round of the Arnold Palmer Invitational. The two-time major champ was 5-over for the day entering the par-3 17th hole at Bay Hill.

But then a little luck went Johnson’s way as his bunker shot ricocheted off Byeong-Hun An’s ball, changed direction, and dropped in for a birdie-two.

In the spirit of #MarchMadness …