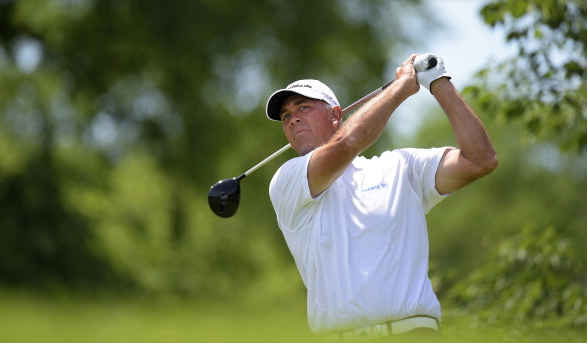 Tom Lehman fired a final-round 7-under 66 to win the Tucson Conquistadores Classic by a stroke over Steve Stricker at Omni Tucson National’s Catalina Course. It was Lehman’s 10th PGA Tour Champions victory, and first since the 2015 SAS Championship.

Lehman was three shots down to Stricker, heading into Sunday’s final round, but the former British Open champ closed with two birdies against Stricker’s two bogeys over the final three holes to claim the one-shot victory in Tucson.

“I haven’t been playing a lot of golf,” Lehman said. “Had surgery in early November. Had a great doctor and had a great physical therapist, Tom Bratcher, who kind of really put me through the paces over the last 3 1/2-4 months getting ready to play. I give him a lot the credit.

Stricker, who turned 50 on Feb. 23, was trying to become just the 19th player to win in his first start on the PGA Tour Champions circuit. The last player to do it was Miguel Angel Jimenez, back in 2014.

Bernhard Langer closed with an 8-under 65 to claim 3rd place at -15. While Billy Andrade, Fred Couples, and Gene Sauers tied for the 4th spot at 14-under-par.