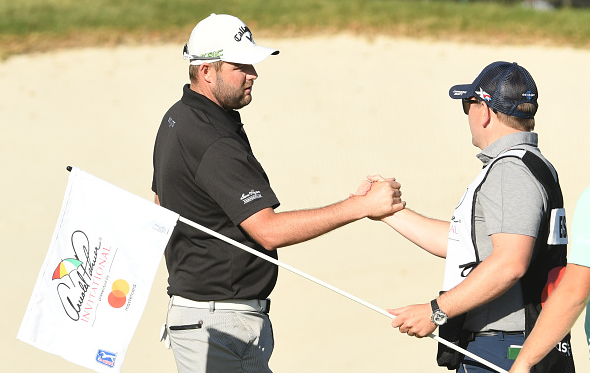 Despite some big money on the line at the Arnold Palmer Invitational, the top-10 on the money list remained relatively static at the end of the day.

The only change, in terms of the horse race, was Bay Hill winner Marc Leishman moving into the top-10 – knocking Brendan Steele to the 11th spot.

Leishman arrived at Bay Hill having a solid, under-the-radar type of season, with a top-10 (5th at the CIMB) and four additional top-25s. In 7 starts, he missed just one cut and had earned around $500K for the season.

But with the win at the Arnold Palmer Invitational (and a big check for $1,566,000), Leishman is no longer flying under the radar. The 33-year-old Australian vaulted into the 11th spot in the FedEx Cup standings, and 8th (from 66th) on the Money List.

Leishman is now one of only nine players on the PGA Tour who have earned over $2M for the season. The native of Warrnambool, Victoria, Australia has earned $2,126,244.80 in eight events for the season.