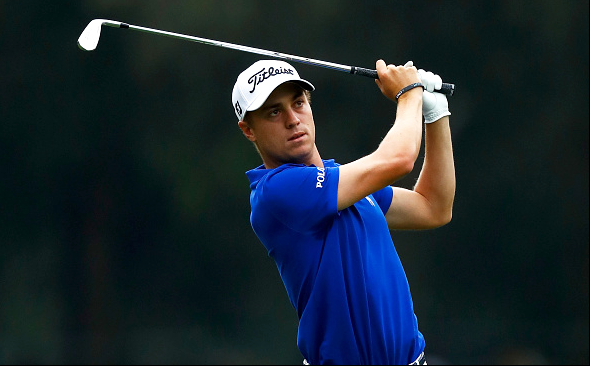 The world number 1, Dustin Johnson, finished at 14-under to capture the first World Golf Championship in Mexico. Despite missing 16 putts inside of 10 feet, Johnson was able to hold off Tommy Fleetwood, who finished at 13-under. This is Johnson’s 6th win since the beginning of last year and 2nd in his last two starts.

Ross Fisher and rookie sensation, Jon Rahm finished T3 at 12-under. Rounding out the Top-5 are Thomas Pieters and Justin Thomas, who both finished at 11-under-par.

This week was filled with great shots and a ton of hole-outs. To wrap up the coverage in Mexico City, here are the best 3 shots from the WGC-Mexico Championship.

Despite a frustrating final round, Justin Thomas does have good memories to look back on from his trip to Mexico. Thomas recorded the shot of the tournament at the 232-yard Par-3 13th, recording his 21st ace of his lifetime.

It is only fitting to watch Thomas’s ace in Español.

McIlroy, who is playing in his first tournament back since his rib injury, had a solid showing down in Mexico – finishing T7 at 10-under.

McIlroy had one of the better hole-outs of the week at the Par-4 14th, holing his approach shot from 152 yards.

Spieth recorded three rounds of par or worse, but a Saturday 63 helped him to a T12 finish. Spieth had many hole-outs this week include back-to-back on the Par-5 15th and Par-4 16th.

Here is a clip of Spieth’s creative pitch shot on the 16th, which he holed for a birdie.