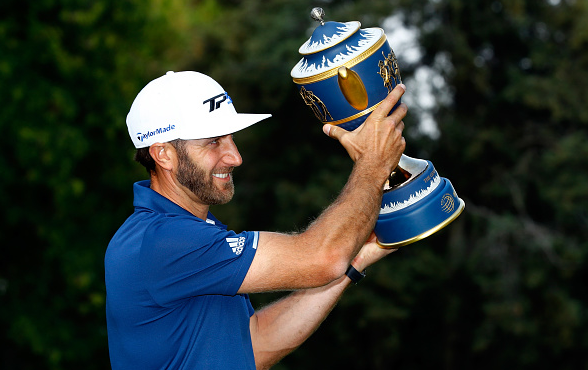 World #1 Dustin Johnson fired a final round 3-under 68 to capture the inaugural WGC Mexico Championship. It was DJ’s second win in as many starts, and fourth WGC title of his superlative career.

The 32-year-old Johnson is now arguably the hottest player in the world, overtaking his playing partner on Sunday – Justin Thomas.

Following a rare MC at Torrey Pines, Johnson has finished: 3rd at Pebble Beach, 1st at Riviera, and 1st in Mexico.

Little-known Englishman Tommy Fleetwood was the hottest player on the weekend, shooting two consecutive rounds of 66 to finish in solo second at 13-under.

Fleetwood’s countryman, Ross Fisher and Spain’s Jon Rahm finished T3 at -12, while 54-hole leader Justin Thomas, and Thomas Pieters, rounded out the top-5 – both finishing at 11-under.

For the victory, DJ takes home 550 FedEx Cup points, and $1.66M in prize money – which moves him into 3rd place in the FedEx Cup standings and Money List.