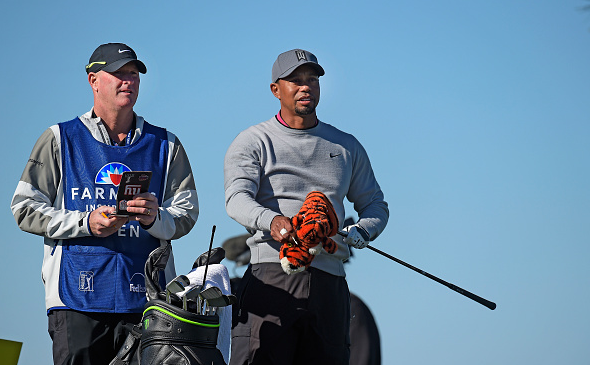 We’ve been burned by it before, believing it was about to happen, and then it didn’t. Repeatedly. But this time, it feels different. Tiger Woods is scheduled to play in this week’s Farmers Insurance Open, and the prevailing belief is that he is FINALLY healthy. We think. We’ll see. 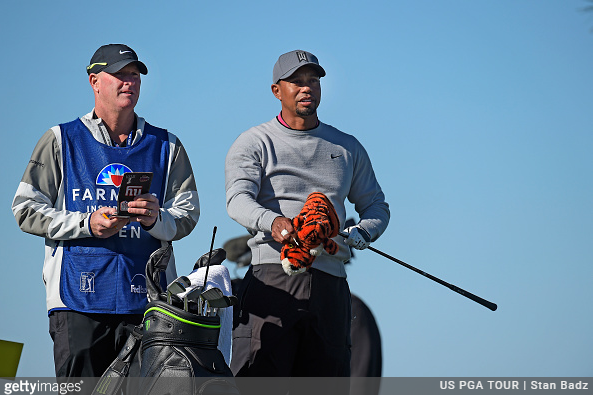 The inclusion of 14-time major champion Tiger Woods in an official tournament for the first time in 52 weeks is drawing the majority of the buzz in La Jolla, California, where the PGA Tour convenes at famed Torrey Pines. But it’s far from the only noteworthy occurrence on the San Diego coastline this week, as the defending champion, who happens to be just 23 years of age, is coming off an impressive victory and might be the best golfer on the planet right now.

The field also boasts popular surnames like Mickelson, Fowler, Day, Rose, and Matsuyama. It will be, without a doubt, the toughest challenge of the new year.

Due to a series of back problems, which have required several surgeries, legendary PGA Tour icon Tiger Woods has played in just one official tournament since August of 2015: last year’s Farmers Insurance Open, where he missed the cut after opening 76-72. 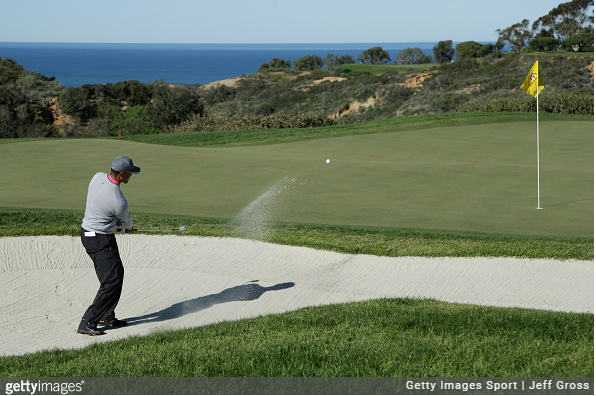 Soon after, Tiger attempted a start in Dubai, withdrew early, went back under the knife, and was again out of action for an extended period. Unfortunately for Tiger, his 2017 was known more for his off-the-course exploits, this time a May DUI, than for anything he did on the course.

We have seen Tiger proclaim to be back and healthy on a number of occasions, but, in what might just be wishful thinking for the man who transformed the sport, we think it’s different this time.

In an attempt to finally get to 100% since his 2013 PGA Tour Player of the Year season, Tiger took things easy. Sometimes agonizingly easy. Uncharacteristically, Tiger engaged his still enormous fan base with regular updates on his health, and even teaser videos that showed him doing more and more on the course. He had to learn to play differently, but finally, his healthy return is upon us. 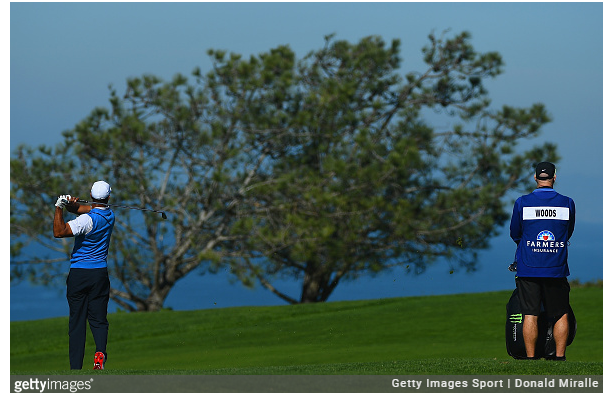 This technically isn’t Tiger’s first tournament back. He played the Hero World Challenge in December, and finished T9, shooting three of his rounds below 70 and beating such big names as Justin Thomas, Matt Kuchar, Dustin Johnson, Henrik Stenson, and Brooks Koepka.

More important than the finish, however, was the fact that he finished the 72-holes pain free.

Torrey Pines is widely considered to be among the toughest tests on Tour, which might makes Tiger’s decision to make him comeback there a little puzzling, but despite its laborious reputation, it is a course that was absolutely dominated by Woods at his peak. He has won at Torrey Pines an incredible eight times: seven times at the Farmers Insurance Open, which ranks No. 1 in tournament history by four victories, and once at the 2008 U.S. Open, unbelievably the site of his last major victory.

His frustratingly common absences have tempered expectations for this week, but Tiger seems genuinely excited to begin the next stage of his illustrious career. A made cut and no injury aggravations would be considered a rousing success. 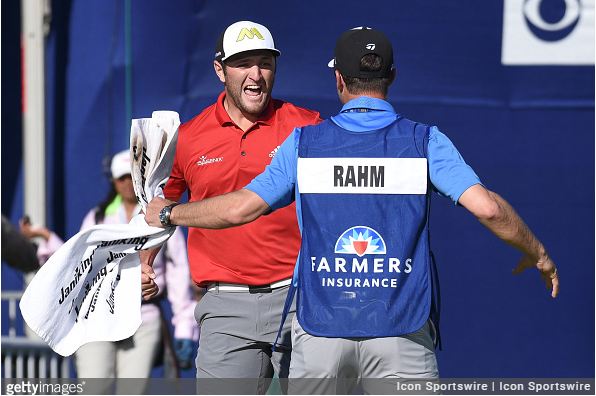 One year ago, Torrey Pines was the site of Rahm’s first PGA Tour victory when he shot a blistering final-round 65 that included two back-nine eagles and an awe-inspiring 60-foot on 18. Starting the day in 12th place, Rahm, just 22 years old at the time, ended up winning by three strokes over Charles Howell III and C.T. Pan.

Since that maiden PGA Tour victory, Rahm has asserted himself as one of the preeminent young stars in that game. He has challenged for titles week in and week out, winning three additional times, and rising all the way to world No. 2.

In his past three outings, Rahm has two victories – one at the European Tour’s DP World Challenge, and one last week at the CareerBuilder Challenge, where he ousted Andrew Landry on a fourth playoff hole. In between, he finished runner-up to world No. 1 Dustin Johnson at the Sentry Tournament of Champions. 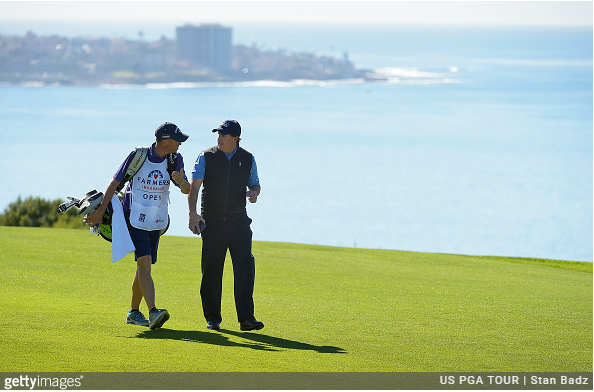 The 47-year-old Mickelson will be in the field at Torrey Pines this week, his fourth start of the new season, and his second of 2018.

While the three wins are impressive, it’s dubious that it will be a tremendous help to him, as the last of those victories occurred 17 years ago at the 2001 edition. His other two wins came in 1993 and 2000.

Mickelson’s recent track record in this event is not especially impressive. He finished a respectable T14 last year, but that is his best start here by far since his runner-up finish in 2011. His other results since then were three missed cuts, one WD, and a T51. His experience is an obvious plus, but if he is thinking about win No. 4, he will need to play Torrey Pines much better than he has lately.

Attempting to put an end to a much-publicized winless drought that dates all the way back to the 2013 Open Championship, Mickelson got his new season off to a good start, with a T3 and a T15 in two October starts.

After a two-and-a-half month break, Phil returned to action at last week’s CareerBuilder Challenge in La Quinta, California, but he was a surprise missed cut as a third-round 2-over 74 left him four strokes short of what he needed to make the Sunday field. He hit just four of 14 fairways in that Saturday round.

Another player who has been absent from the recent leader mix at the Farmers Insurance Open is one of the newest members of the PGA Tour over 30 club: Australia’s Jason Day. 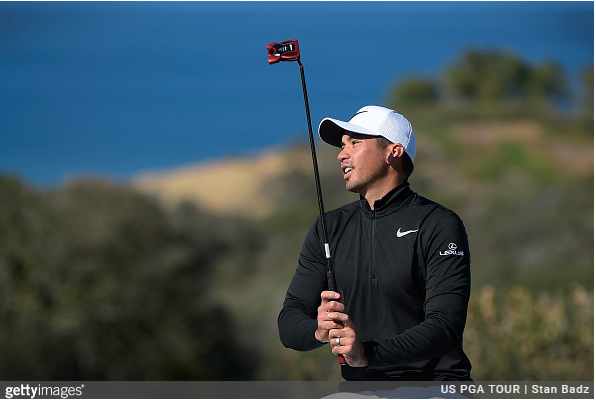 Day has surprisingly missed the cut in his last two attempts at Torrey Pines, which account for 40% of his missed cuts over the past 24 months (2 of 5).

Despite the recent hiccups, Day has had some tremendous results in this event as well. In 2015, the Farmers Insurance Open was the first of five victories in his Player of the Year season. A second round 65 was the catalyst in the victory, as he reached 9-under for the four days, one stroke better than the trio of Harris English, J.B. Holmes, and Scott Stallings.

When Day teed up in La Jolla 12 months ago, he was the world’s No. 1 ranked golfer. Since then, he has been far from his elite form, going winless and dropping to his current position of world No. 14, his lowest ranking since the 2013 season.

There have been positive signs in his most recent starts, however, as he finished 2017 with four top 11s in his last five PGA Tour starts. The last of those starts was at the WGC-HSBC Champions in late October. Day has played competitively one other time since then, at the Emirates Australian Open in late November, a tournament where he finished solo-fifth after squandering the 54-hole lead.