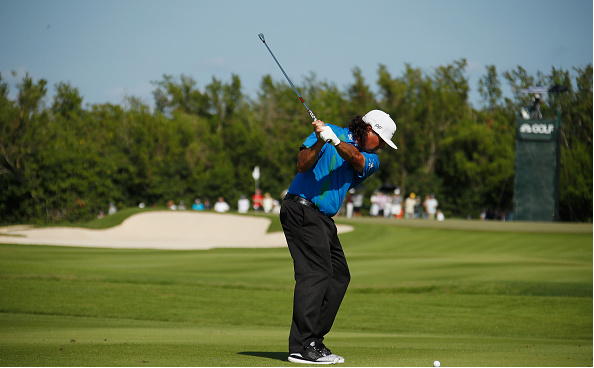 After a thrilling three-week swing in Asia, highlighted by three winners who rank inside the top 18 in the Official World Golf Rankings: No. 18 Pat Perez, No. 3 Justin Thomas, and No. 6 Justin Rose, respectively, the PGA Tour spent last week back in its home country, as Patrick Cantlay notched what is expected to be his first win of many, at the Shriners Hospitals for Children Open at TPC Summerlin in Las Vegas. 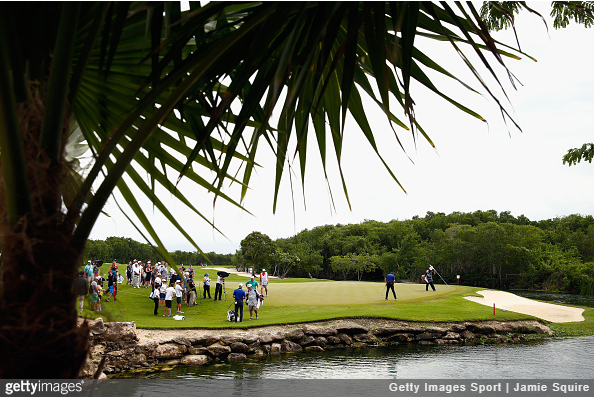 That return to the U.S. was temporary, however, as the world’s premiere golf tour again goes abroad, making a stop at El Camaleon Golf Club in Playa del Carmen, Mexico for the OHL Classic at Mayakoba, the penultimate event of the PGA Tour’s Fall Series.

Prominent players who are scheduled for four full days of work while vacationing on the inimitable Yucatan Peninsula include Rickie Fowler, Patrick Reed, Zach Johnson, and Bryson DeChambeau.

Whoever is able to triumph at Greg Norman’s gift to Southern Mexico will gain an invaluable advantage on the money list and FedExCup standings that will be factor through the end of the 2017-18 season. 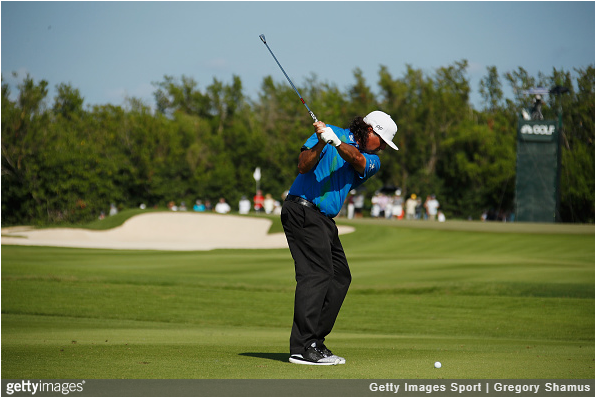 Playing just his third event after an eight-month injury layoff, Perez put an emphatic end to an eight-year winless drought, chasing down Gary Woodland on the final day to match the tournament scoring record and win by two strokes.

Ranked 271st in the world coming into the week, Mayakoba was a catalyst for a year that saw him rise to his current position of 18th.

Since the victory, Perez has another first place, which occurred at the recent CIMB Classic in Malaysia, a runner-up, a third place, eight top 10s, and just three missed cuts. His 12th place finish in the final FedExCup standings was easily the best of his career.

Perez’s form has been tremendous in the short amount of time since the PGA Tour’s 2017-18 wraparound season started. In three events, he has the win at the CIMB, which was a four-shot triumph, a T5 at the CJ Cup at Nine Bridges in South Korea, and a T24 at the WGC-HSBC Champions.

He is the current leader in the newest FedExCup rankings, and has shown little problem hitting fairways and greens. On a short course like El Camaleon, that pinpoint accuracy makes him an easy favorite.

The best of the best on the PGA Tour typically do not play much in the calendar year after the FedExCup Playoffs and the Ryder/President’s Cup debuts, but nearly all the big names (aside from Tiger Woods) have made at least one appearance in the six weeks since the new season took off. That is except for two: Rory McIlroy, who is nursing an injury that marred his pedestrian 2017 season, and world No. 10 Rickie Fowler. 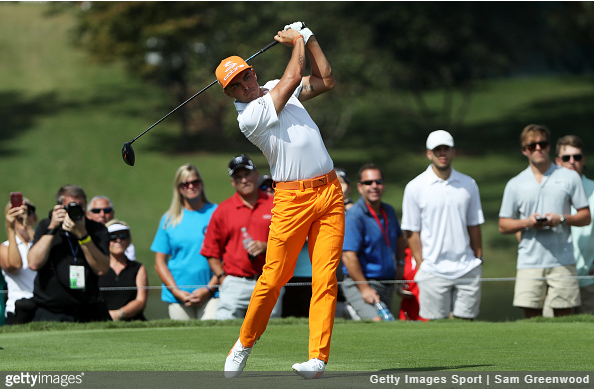 McIlroy is shutting it down until he is 100%, but the immensely-popular Fowler will be making his 2018 debut this week in Mexico.

The 2017 season came and went with no major championships for the majorless 28-year-old Fowler, but it was yet another great season from the proud Oklahoma State product who continues to assert himself as one of the world’s premiere players.

Fowler’s 2016-17 season was his highest earning yet, as a win, two runner-ups, two third places, and 10 top-10s engendered over $6 million in winnings. He finished second on Tour in scoring average and fourth in birdie average.

This will be Fowler’s OHL Classic debut, but despite his unfamiliarity with the course, he is definitely the man that the field fears most.

While the OHL Classic at Mayakoba might lack a plethora of top-end talent – only three of the world’s top 25 are in the field – it is undoubtedly replete with formidable players in hot form.

Here are a five of the notables who are feeling good coming into the week. 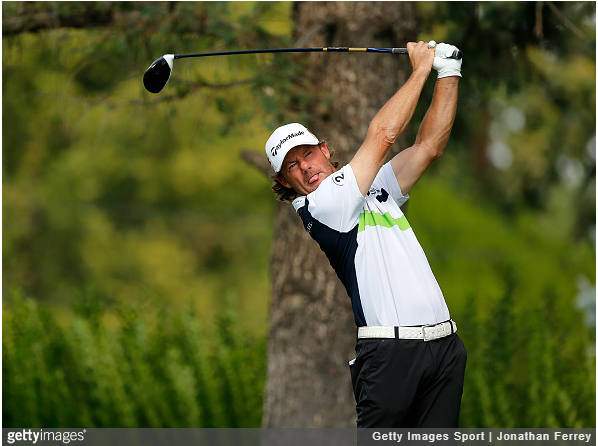 While quiet in 2016-17, the 46-year-old German exploded onto the leaderboard during the final round of last week’s Shriners Hospitals for Children Open with an incredible 8-under 63 that skyrocketed him from 29th place into a surprising three-way tie for the lead after 72 holes.

Cejka went on to lose on the second playoff hole to Patrick Cantlay, but it was easily his best finish since he won the 2015 Puerto Rico Open. While he fell well short of the FedExCup Playoffs, despite playing in 28 events (for comparison, Cantlay made it with nine), Cejka will be looking to ride his current hot form and hopefully extend his next season even further. 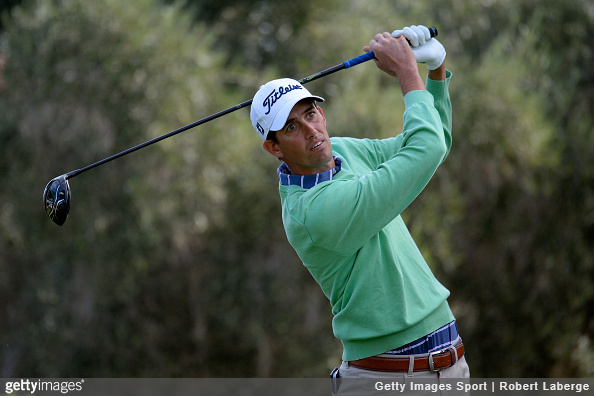 Perhaps no golfer on the planet has been hotter lately than the 30-year-old Hadley. After finishing No. 1 on the Web.com Tour money list, he has posted one great result after another in his return to the PGA Tour, with finishes of T3, 2, and T4 in his three starts in the new season.

He played well at TPC Summerlin, finishing just one stroke out of the three-man playoff. He is likely to cool off at some point, but for now, he is among the short-list of players to watch. 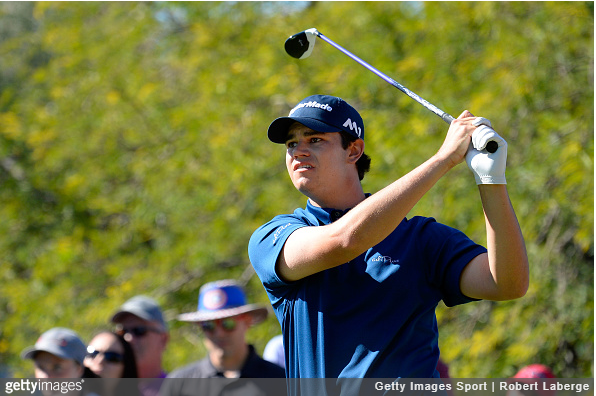 The 22-year-old former collegiate star at the University of Texas contended for the first time as a professional at last week’s Shriners Hospitals for Children Open.

In just the third event of his rookie season, Hossler shot three rounds in the 60s to earn a spot in the final Sunday grouping in Las Vegas. He struggled on Sunday, shooting a 2-over 73 to drop into a tie for 7th, but overall, it was an extremely encouraging week. 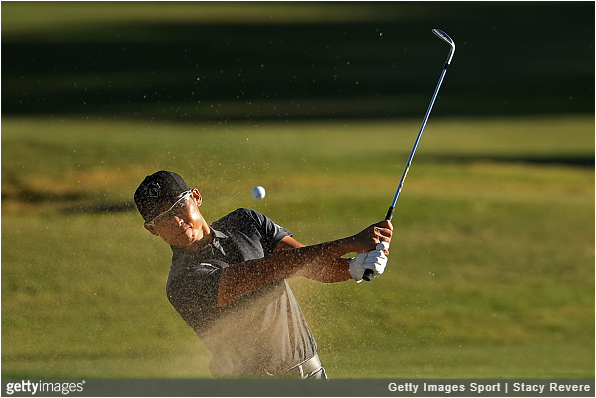 The third member of last week’s playoff, Kim surged into the co-lead at TPC Summerlin after five back-nine birdies, at a time where most of the field was backing up.

A disastrous drive on his second playoff hole, which led to an unplayable, effectively ended the South Korean’s hopes at a first career PGA Tour victory, but it was his second great result of the new season, as he also finished solo-4th at The CJ Cup @ Nine Bridges. 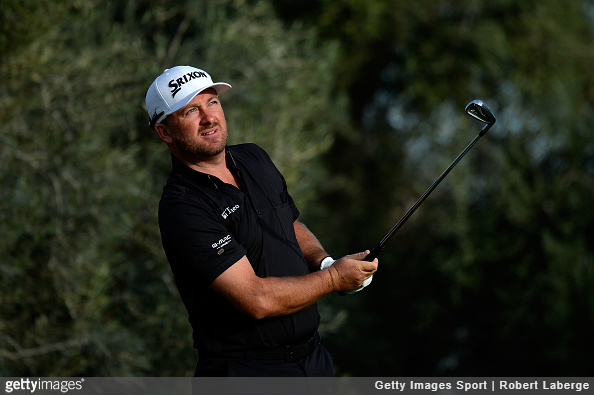 A bogey-free final round 66 led to a T10 finish in Las Vegas for the former U.S. Open Champion, McDowell’s first top-10 since the 2016 Wyndham Championship. The 38-year-old from England has only played this event once, but one of those was a playoff victory two years ago.

The closing stretch at last week’s Shriners Hospitals for Children Open claimed several victims, especially when the wind picked up in the late afternoon, but none of those were more pronounced than the collapse of 54-hole co-leader J.J. Spaun. 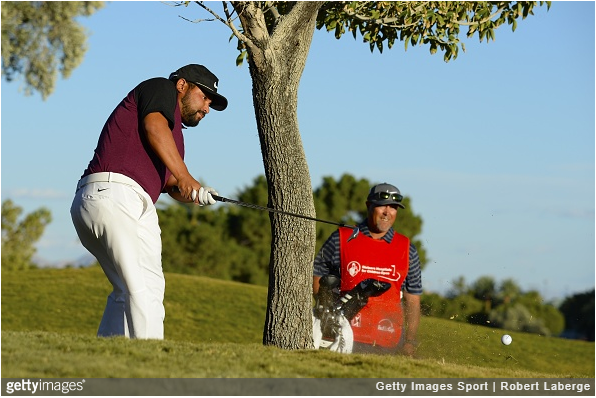 With just two holes to go, Spaun had regained the lead he lost, but was completely overwhelmed by the wind and the course, finishing with back-to-back double bogeys to finish in a tie for 10th.

While missing out on his first career victory was no doubt painful, Spaun is getting right back to work by playing in Mexico this week. Spaun is coming off a strong rookie season on the PGA Tour, notching three top 10s, breaking $1 million in earnings, and finishing a respectable 91st in the final FedExCup standings.