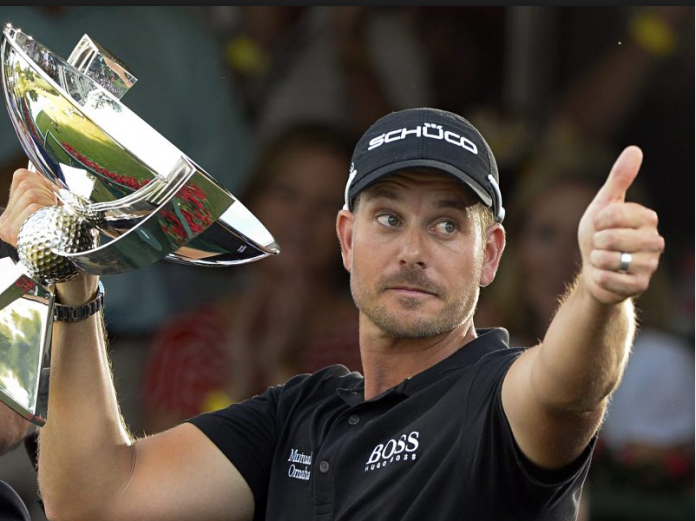 Henrik Stenson announced that he will be committing to the Olympics, which takes place in Rio next month. Many of the world’s top golfers have withdrawn due to concerns about the Zika virus, but not Henrik Stenson.

The world’s 6th ranked golfer said he’s “not afraid” of those pesky “mosquitoes” and that he’s “more afraid of bears.”

Henrik Stenson on why he's still planning to compete in the Olympics: "I'm not afraid of mosquitos. I'm more afraid of bears."

Stenson also joked that he’s done having “bambinos” so he’s not as concerned with catching the virus, which according to the Center for Disease and Control “can cause a serious birth defect called microcephaly, as well as other severe fetal brain defects.”

“It might be the only time when it’s a competitive advantage to be 40-plus and done with the bambino thing,” Stenson said. “I’ve got three kids at home and I’m not looking to have any more. The Zika virus is not a concern of mine.”

The responses to this Jason Sobel tweet were mixed. One person felt the need to take a cheap shot for Henrik’s decision to withdraw from Oakmont.

@JasonSobelESPN He's incredibly afraid of finishing a round at Oakmont

While another was happy with Stenson for putting aside the Zika concerns.

@JasonSobelESPN gotta love Henrik – seriously, he gets it…

The decision to host the Olympics in Rio was questionable to begin with given that it isn’t the safest place in the world. Couple that with a serious virus, and it’s tough to blame any athlete who feels it is in their best interest not to compete.

It’s a shame, especially for the game of golf, which was primed for exposure on a global stage. Without all of the game’s best there to represent, the future of golf as an Olympic sport could be in question.

Finally, as for that bear Henrik’s afraid of… Stenson did play with former Bears linebacker Brian Urlacher in the 2015 BMW Championship Pro Am.

And he does look intimidating, even without the pads.