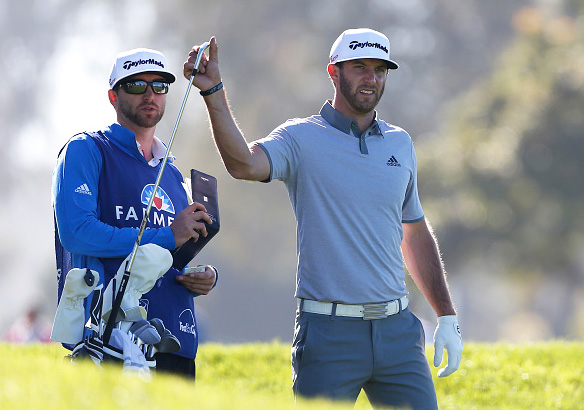 The Farmers Insurance Open is the second event of the PGA Tour’s California Swing, and 10th tournament of the 2016-17 season. The west coast tourney, which first launched in 1952 as the San Diego Open, (and then became associated with singer-actor Andy Williams for many years), is played at the venerable Torrey Pines Golf Course.

The field in La Jolla (CA) is what you’d call star-studded, and includes two of the top 3 players in the world in Jason Day (1) and Dustin Johnson (3), as well as the reigning PGA Champion and Olympic Gold medalist in Jimmy Walker and Justin Rose, respectively. Other big names include defending champion Brandt Snedeker, World No. 6 Hideki Matsuyama, Ryder Cup star Patrick Reed, and 5-time major winner Phil Mickelson… and, oh, someone named Tiger Woods!

With that, let’s get on to this week’s power picks for the Farmers Insurance Open.

This will be Day’s second tournament back, as he made his return earlier this month at the SBS Tournament of Champions, where he finished T12 in the 32-man field. The world’s #1 ranked golfer won three times in a 2016 season. He finished in the top 10 of half his starts (10 of 20). He missed only one cut in 2016 which, ironically, was at the Farmers Insurance Open, where he was defending his 2015 title.

The world’s #3 ranked golfer, Johnson, was the runaway choice for 2016 PGA Tour Golfer of the Year, winning 3 times; most notably at the U.S. Open. He also led the Tour in top 10s, with an incredible 15 in 22 events. DJ’s form in the early 2016-17 season looks good too – he was T3 at Tiger’s Tournament in the Bahamas, and was T6 at the SBS Tournament of Champions. Last year at Torrey Pines, he was competitive through three rounds, but a final round 80 – easily his worst round of the season, dropped him into a tie for 18th.

A San Diego native, Mickelson will be another crowd favorite; probably THE crowd favorite. He has 3 career victories at the Farmer’s Insurance Open, second only to Tiger Woods. Mickelson still has not won since the 2013 Open Championship, but is coming off an all-time great major performance, finishing second at last summer’s Open Championship, and overall had three runner up finishes in 2016. Last week at the CareerBuilder, Mickelson was competitive early-on, starting out 68-66, before struggling on the weekend and finishing T21.

After one of the craziest tears in recent memory (fours wins and two runner-ups in six tournaments internationally), Matsuyama finally looked mortal at the Sony Open in Hawaii, finishing in a tie for 27th. The 24-year-old has risen to #6 in the world and is currently second in the FedEx Cup standings, trailing only Justin Thomas. Like Jason Day, Matsuyama surprisingly missed the cut at last year’s event, although unlike Day, he also missed the cut the previous year.

A member of the victorious American Ryder Cup team, and 2016 PGA Championship winner, Walker has a great history in this event, and was the third round leader in last year’s tournament, but was the biggest victim of the terrible Monday weather. Past finished include: T7 in 2015, T4 in 2013, and T8 in 2012.