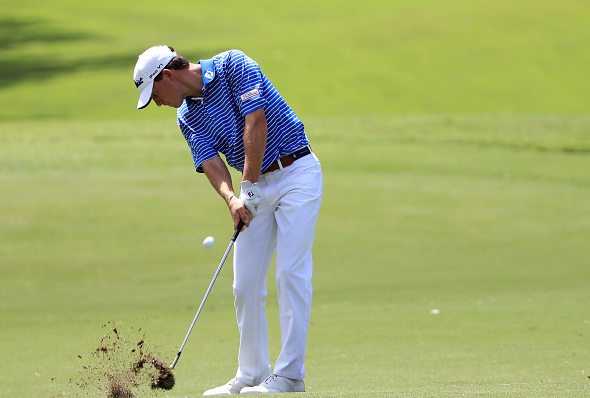 The Sanderson Farms Championship is playing opposite the WGC-HSBC Champions and so the field is limited to players who did not qualify for the China event.

With that, the field at the Country Club of Jackson is not exactly loaded with big names. But it does have a solid mix of young players and veterans, all vying to jumpstart their new season with a win and 300 important FedEx Cup points.

Like the field itself, our Power Picks for the Sanderson Farms Championship are a mix of true contenders, and a couple of rookies who are well off the radar.

Ian Poulter is playing the 2016-17 season on a Major Medical Extension, and has 10 events to earn 218 FedExCup points or $347,634 to remain exempt for the remainder of the season. Following a T17 finish at the CIMB Classic last week, the Englishman is well on his way, as he earned 48 points and $101,500. A win in Mississippi would be huge for the 40 year-old Poulter.

Chris Kirk, the 2011 Sanderson Farms Championship winner, played for the victorious U.S. Team at the 2015 Presidents Cup in Korea. After a season with three top-10 performances and a 54th-place finish in the FedExCup standings, Kirk notched a T8 in his season debut at the Safeway Open.

Patton Kizzire returns to this week’s Sanderson Farms Championship after finishing T4 in last season’s event. Coming off his runner-up finish two weeks ago in Napa at the Safeway Open, Kizzire is seeking to capitalize off a strong rookie season, which resulted in five top-10 showings and a berth in the FedExCup Playoffs. He made it through the Boston event, the second of four playoffs events, before ending his season at No. 82 in the standings.

Of the 21 PGA Tour rookies competing in the season-opening Safeway Open two weeks ago, Cody Gribble netted the lone top-10 finish with a T8 finish at 14-under 274. Gribble, who collected three top-25s in nine starts during the 2014 season on PGA TOUR Latinoamérica, will be making his eighth career start on the PGA Tour at this week’s Sanderson Farms Championship. Gribble earned his rookie status by virtue of his 40th-place finish on the 2016 Web.com Tour priority list.

Michael Johnson, the 23-year-old who graduated from Auburn University in May, captured the attention of the golfing world with his third-place showing as an amateur at the 2016 Barbasol Championship in his first-ever start on the PGA TOUR. Johnson was a 2015-16 Golfweek First-Team All-American, who also broke the single season Auburn scoring record this year with a stroke average of 70.37.