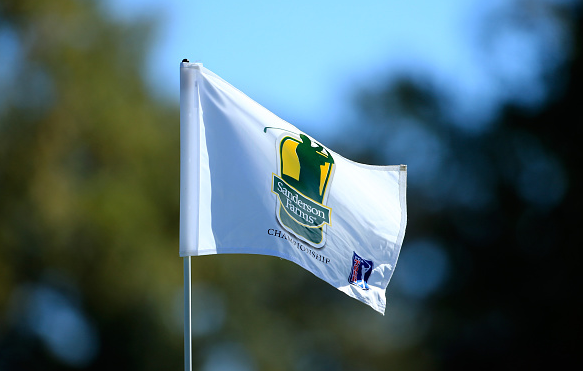 Most of the best of the best in the golf world are playing in Shanghai this week at the WGC-HSBC Champions, but that does not mean there isn’t quality left in the States. Opposite the WGC event, Mississippi is host to the Sanderson Farms Championship, an event with a more modest purse, but a comparable amount of competition and intensity.

Currently the third week of the PGA Tour season, the players staying in the western world are extremely eager this week to get their early season moving in the right direction. It may only be worth 300 FedEx Cup points, but for many in the field, this is one of their best chances to get on the board.

The roots of the Sanderson Farms Championship were planted in 1968 when the event was established and called the Magnolia State Classic, playing off Mississippi’s nickname. The first winner was Mac McLendon, but other notable Magnolia Champions include Craig Stadler, Roger Maltbie, and Payne Stewart.

In 1986, Deposit Guaranty came on as the tournament’s title sponsor and remained its primary partner through 1998.

The Sanderson is well known as an opposite-field event. While it plays opposite the HSBC Champions now, it has taken place opposite The Masters and Open Championship in the past. As an opposite field event, the winner does not earn a Masters exemption like other Tour events, but a Sanderson victory still opens up its fair share of doors.

The defending champion is Peter Malnati. Early in the 2015-16 season, Malnati overcame back-to-back bogeys on the front nine, playing his final 12 holes in five-under to card a 67 and finish one stroke ahead of Memorial Champion Will McGirt and former PGA Champion David Toms.

Toms and Patton Kizzire were the 54-hole co-leaders, but were unable to fend off Malnati.

Lowest Final Score: The lowest aggregate score is the 263 scored by Dan Holldorson in 1986, while the lowest score to par was -24 by Scott Stallings in 2012
Low Round: 61 (Keith Clearwater)

1. Ian Poulter: A Return to Relevancy?

One of the most popular names in this week’s field is that of the ostentatious Ian Poulter. However, one place he has not seen his name much lately is on leaderboards. Poulter missed four months of golf this year, as he was recovering from foot surgery.

Poulter returned two weeks ago when he played the Asian Tour’s Macau Open, holding the first round lead before fading back to a share of 28th place. Then at last week’s PGA Tour event, the CIMB Classic in Malyasia, Poulter finished in a tie for 17th with Ryan Moore, Sergio Garcia, and Emiliano Grillo.

It’s an encouraging start to Poulter’s comeback, as even before the injury, he was playing the worst golf of his great career. In 2015-16, he had only one top 25 in 13 events, finishing third at the opposite field Puerto Rico Open. He has also struggled in majors as of late, finishing outside the top 40 in his last four tries.

At 40 years of age, Poulter should still have some good years left, but his comeback from injury and ineffective play will be one of the more challenging things he has done as a professional golfer.

Peter Malnati’s breakthrough at last year’s Sanderson Farms Championship was the first victory of his young career (he has played just 53 career events). It was also something of an outlier, as he missed the cut at 21 of his 32 events, including a disastrous mid-season stretch where he missed the cut in a mind-boggling 19 of 21 tournaments.

The win was basically the only reason he made the FedEx Cup playoffs.

Malnati will be looking for a much more consistent season in 2016-17, and going back-to-back in Mississippi would be a good start. He did make his first two cuts of this new season, and made his final three of last season, so there is reason for him to be optimistic.

If he is going to go further this year, he will need to improve his driving, where he was not particularly long or accurate; he finished last year 175th in strokes gained off-the-tee.

3. Big Names From Yesteryear Looking to Turn Back the Clock

One of the most compelling aspects of these opposite-field events is that they tend to bring in a fair amount of players who were once big names, but have fallen into obscurity in recent years. This year’s Sanderson Farms Championship is no different.

Here are a few of those players:

Duval has spent much more time as an analyst than player in recent years, working for the Golf Channel. His fall from the top has been well documented: he has plummeted from being a major winner and #1 player in the world to rarely making the cut.

Over his past four seasons, he has missed the cut or withdrawn at a mind-blowing 42 events. He will be looking to be much more consistently than he has.

It has been a tough few years for the Colombian who was once known by the nickname ‘Spiderman’. He has only one top 10 over the past three seasons, which has comprised 83 events.