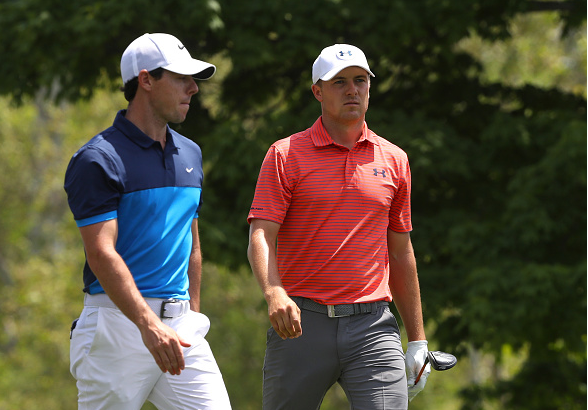 This week signals the 66th running of the Travelers Championship, and this year’s field at TPC River Highlands includes some of the biggest names in golf, including Rory McIlroy, Jordan Spieth, and Jason Day.

In addition to those three, the Travelers will also contain a number of players who were at, or near, the top of their games in the season’s second major at Erin Hills, including Brian Harman, Justin Thomas, Patrick Reed, and Brandt Snedeker.

As we do each week, here are 5 Power Picks for the 2017 Travelers Championship.

Rory struggled last week at Erin Hills, missing another cut in a major (3 of the last 5). But we’ll give him a pass on this one, as he’s been limited to just eight worldwide events on the season, due to a rib injury, while also breaking in some new clubs.

Day’s 2017 season as a whole has been somewhere between mediocre and flat-out terrible. His game seemed to be coming around with a runner-up at the Byron Nelson and a T15 at The Memorial. But then he showed up in Wisconsin and proceeded to shoot 79-75 (+10), missing the cut by a mile.

Of the Big 3 in the field, Spieth is having the best season. But then again, that’s not saying much. The two-time major winner had a strong start to the new season with three straight top 10s followed by a win at Pebble. Since then, however, it’s been less than impressive with just a single top 10 in 10 starts.

A record-setting 9-under 63 on Saturday made Thomas the talk of the U.S. Open. Unfortunately for him, he completely lost his momentum early in the final round on the way to a 3-over 75 that dropped him from T2 to T9. Even still, this season has been a monumental success for Thomas, with three victories.

Bubba is on this list only because he’s a two-time winner at the Travelers, taking the title in both 2010 and 2015. While his game has been a mess, since early last season, he does have two recent top 10s to go along with three missed cuts.