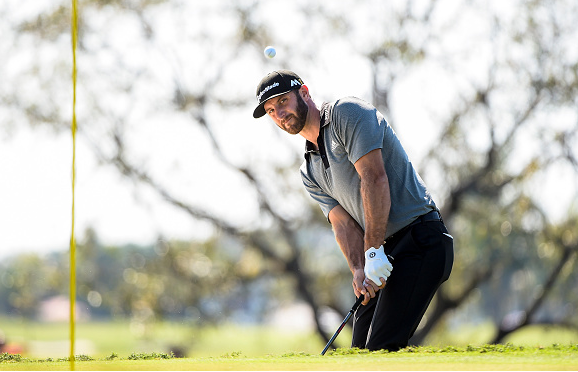 The WGC Mexico Championship is the second World Golf event of the 2016-17 PGA Tour season, and marks the Tour’s second trip down to Mexico.

As a world golf championship event the field is loaded with an impressive collection of elite talent including 19 of the top-20 golfers in the world – with No 2 Jason Day the only one missing.

With that, here are the Power Picks for The WGC Mexico Championship in Mexico City.

Mexico City will mark the 2017 season debut for four-time major winner and 2016 FedEx Cup Champion Rory McIlroy. The 27-year-old world #3 is believed to be ready to go in Mexico City, but in a field this good, he will not have much time to shake off the rust, and rib injuries (Rory’s is a fractured rib) are notoriously slow to heal.

Rory is coming off a season where he won twice on the PGA Tour, both FedEx Cup playoff events. His playoff victory in the Tour Championship over Kevin Chappell and Ryan Moore won him the $10 million FedEx Cup.

As a 13-time Tour winner, Dustin Johnson is no stranger to PGA Tour success, but after his runaway victory at the Genesis Open less than two weeks ago, Johnson is in a place he has never been: #1 in the world.

Taking over Jason Day’s spot atop the Official World Golf Rankings, the WGC-Mexico will mark DJ’s first tournament as world #1. In a tournament with a location that is new to everyone in the powerfully strong field, the long-hitter is believed to have a significant advantage in the thin air of Mexico City, where his length advantage will be even further punctuated.

Spieth has looked invigorated since the calendar flipped to 2017. In five starts, he has four top-10s, including two third-place finishes, and a four-stroke win at Pebble Beach.

Spieth, the 24-year-old two-time major winner shines in big events and against top competition, and his formidable all-around game makes him a threat anywhere. He has not had much success in this event in the past (he has a T34 and two T17s in three appearances), but at a new location, past results can be thrown out.

Scott, the defending champion of this event, became the most prominent Australian in the field when recently dethroned world #1 Jason Day withdrew with an illness. Scott’s 2016 win was unfathomable, as he started the final round three strokes out of the lead, double-bogeyed two early holes, and still found a way to finish in the winner’s circle.

The owner of perhaps the prettiest swing in the game, the 36-year-old is looking for career win #14 and his third WGC title.

Stenson had been playing well on both the PGA and European Tours for years, even winning the 2013 FedEx Cup, but he really rose to prominence with his unbelievable, record-breaking win at the 2016 Open Championship.

In the past year, the 40-year-old Swede also won silver at the Olympics in Rio, defeated Jordan Spieth in Sunday singles at the Ryder Cup, contended at the PGA Championship, and won the European Tour’s Race to Dubai. This will be Stenson’s 2017 debut in the Americas. He has one career WGC victory, taking the 2007 Match Play Championship.