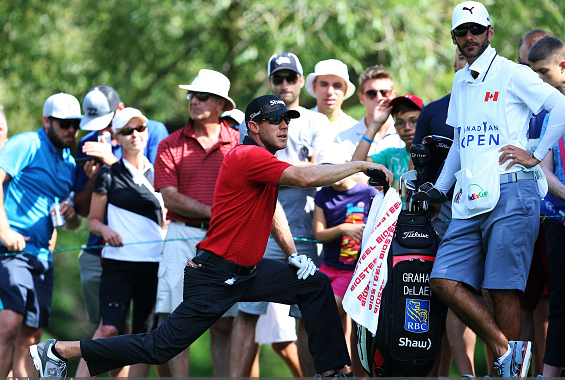 The last Canadian to win their national championship was Pat Fletcher in 1954. David Hearn came close last year, but couldn’t quite get the job done.

With that, our sleeper picks for the RBC Canadian Open is led by two Canadians.

David Hearn leads the Canadian challenge this week. Last time around, Hearn was the 54-hole leader and had a two-stroke lead over Jason Day and Bubba Watson. Apart from his T-3 finish last year, he doesn’t have much of a record at Glen Abbey. Last week at the Barbasol Championship, Hearn rounded off four straight rounds in the 60’s and finished T-20th.

Along with David Hearn, Canada will be represented by Graham DeLaet at the Summer Olympics. Back in 2014, DeLaet finished T-7th, his only top-10 finish in seven starts. He has three top-10 finishes this season, including a T-8th at the Barbasol Championship. Expect him to feed off the crowds this week.

Apart from his win at the season-opener Frys.com Open, rookie Emiliano Grillo has absolutely zero top-10’s since then. But it looks like the Argentinian has found his groove again, as he is coming of three top-15 finishes in last four starts. This includes a T-12th finish at the British Open. He did play at this event last year, as a non-member, and ended up tying for 22nd.

Chad Campbell has been off the radar for nearly a decade now. But he has enjoyed some modest success this season and ranks 76th in the FedEx Cup. This includes five straight cuts made on tour. A four-time tour winner, Campbell lead after two rounds last year and eventually finished tied for 11th place. In 2013, when it was held at Glen Abbey, he finished tied for 16th.

The 2011 Frys.com Open champion, Bryce Molder is our final Sleeper for this week. Although Molder has never been much of a factor at this event, he is coming some noticeable performances lately. He has three top 10’s in his last six starts as well as a T-12 finish at the Players Championship.