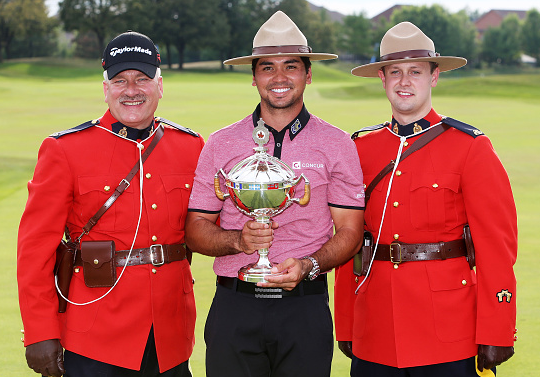 For the first time since 1997, the top two players in the world have decided to make the trip north of the border. This week’s 156-player field is headlined by defending champion Jason Day and the reigning US Open champion Dustin Johnson. The RBC Canadian Open finds itself at an awkward place on the PGA Tour schedule, right between the final two majors of the season. Despite that, the field is perhaps the strongest it has been in recent years.

Here are the Power Picks for the RBC Canadian Open.

US Open Champion, Dustin Johnson, quietly notched a top-10 finish at the British Open. It was his fifth consecutive top-10 finish and takes his tally for the year to 11, two more than any other player. He has two previous appearances at this event, a MC at Royal Montreal in 2014 and a runner-up finish at Glen Abbey in 2013.

This is where it began for Jason Day. 12 months ago, Day reeled off three straight birdies on his final three holes to win by one stroke over Bubba Watson. He went on to win three of his next five events. Although he wasn’t much of a factor at the British Open, he is coming of seven top-10 finishes in his last 10 starts, including three wins.

Ever consistent Matt Kuchar had a lackluster performance at the British Open, finishing in a tie for 46th place. Not counting the majors, Kuchar has finished in the top-6 in his last five starts. The last two times this event was held at Glen Abbey, Kuchar finished in the top-10, which includes a runner-up finish in 2013.

Following his win at the Farmers Insurance Open earlier this year, Brandt Snedeker has struggled a bit. Snedeker only has two top-10’s since then to go along with the four missed cuts. But Glen Abbey might just prove to be a happy hunting ground for him. The 2013 Canadian Open champion also has a top-5 finish in his only other start at Glen Abbey. Snedeker also had a decent showing at Royal Troon where he grabbed a top-25 finish.

Following his runner-up finish at the US Open, Jim Furyk has cooled off a bit. He hasn’t done much damage but has made five cuts in a row. A two time winner of the Canadian Open, Furyk has a great record at Glen Abbey. This includes a fourth place finish in 2015 and a T-9th finish in 2013. He was also runner-up in 2014 when the event was played at Royal Montreal.