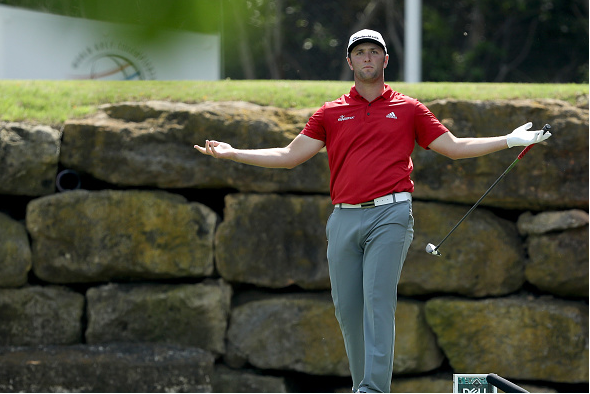 The Shell Houston Open is the final tuneup, prior to that “tradition unlike any other” down in Augusta, Georgia – also known as The Masters.

The Houston tournament will be played at the Golf Club of Houston’s Tournament Course – a Rees Jones-design track which measures 7,441 from the tips, and plays to a par 72.

This year’s edition brings forth a strong field, highlighted by seven of the world’s top-15 ranked players.

As we do each week, here are the 5 Power Picks for the Shell Houston Open.

Since going pro after a T23 as an amateur at last year’s U.S. Open, Rahm has been consistently great, with just one missed cut in 16 events, a span where he has finished in the top ten six times, with all six actually being T5 or better.

Despite just playing in 16 events since turning pro, Rahm is 14th in the Official World Golf Rankings (OWGR), putting him in position to be one of the fastest ever to reach the world top 10.

Phil takes his Masters prep seriously, and has found benefit to a Houston warm-up the week before. He has consistently placed well here, and like at most places, he will be one of the favorites in the field.

Despite his advancing age in golf years (he turns 47 this year), his play on the year has gotten progressively better; his past two starts, both WGC events, have resulted in top 10 finishes.

Despite a hiccup at last week in Austin, Spieth has looked tremendous this season. He already has a victory (AT&T Pebble Beach) and four top-10s in 2017. He has not been quite as amazing since Pebble, although he did shoot the low-round of the tournament at the WGC-Mexico.

Spieth has played well in Houston before; he was T13 last year and T2 the year prior, falling to J.B. Holmes in a playoff.

At #5 in the world, Stenson is the highest ranked player in the field. Despite recent match-play brilliance, he took last week off, but is now well-rested for a Masters push.

Stenson was runner-up at last year’s Shell Houston Open, missing a putt on 18 that would have forced a playoff with Jim Herman. He was also runner-up in 2013, finishing one stroke behind D.A. Points.

Fowler looks reborn in 2017, after a decidedly unspectacular 2016 (at least from April-on). He won the Honda Classic in late February, and finished T4 at the Waste Management Phoenix Open, in addition to two other finishes inside the top 20.

Fowler was T10 at last year’s Shell Houston Open. His best finish in the event was a solo-sixth in 2014.