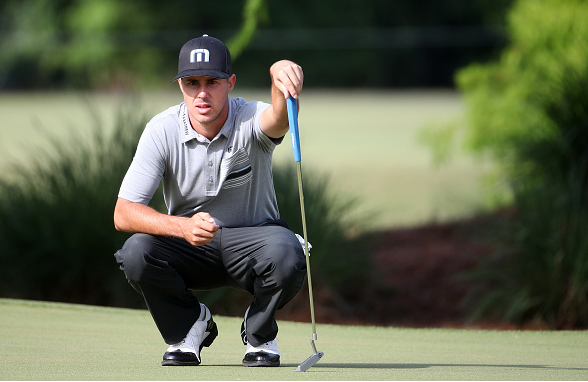 After a successful team event at the Zurich Classic, the PGA Tour heads to a new venue. The field will be competing at Eagle Point Golf Club, which looks absolutely flawless and is being compared by Tour players to Augusta National.

Jonas Blixt and Cameron Smith outlasted Kevin Kisner and Scott Brown, last week, with a birdie on the 4th playoff hole. The win got Blixt and Smith into the Players Championship next week at TPC Sawgrass.

To go alongside our 5 power picks, here are the 5 sleeper picks.

Tway is coming off a solid week at the Zurich Classic – where he finished 3rd alongside his partner, Kelly Kraft. Tway also played very good at the Valero Texas Open, with a T3 finish.

Despite missing 4 cuts this season, Tway’s game seems to be heading into the right direction and should be a threat this week.

Gay is another player who comes into this week on a good streak. Gay, who recently made news by having his Tour privileges reinstated, along with those of Ian Poulter, has finished T6 in back-to-back weeks. Gay’s next best finish on the year came back in January at the Sony Open, where he finished T13.

Gay has only played the Wells Fargo once in his career and missed the cut. However, at a new venue – it’s anybody’s game and I like the players coming in hot.

Jones is one of those hit or miss guys… You never know what game is going to show up with him. However, Jones has racked up four Top-25 finishes in just nine events.

Jones most recent finish came at the Valero Texas Open. He finished T13 in some tough conditions and therefor is earning a spot as a sleeper this week.

An is going to get a breakthrough win at some point this season. His game is way too solid and has been known to compete Thursday through Saturday but falter on Sunday’s. Once An can get rid of the “Sunday scaries”, he will capture his first PGA Tour victory.

An has only missed one cut all season but also only has one Top-25 finish (6th at WM Phoenix Open) to show for it.

Chase earned a spot in the field this week due to a Top-10 finish at the Zurich, alongside his older brother, Brooks. At TPC Louisiana, Chase showed just how good his ball striking is by competing alongside some of the Tour’s longest hitters.

Chase is a graduate of USF and is the program’s all-time wins leader. The 23-year-old is currently part of the European Challenge Tour but with another good week in Wilmington, he could work his way on to the Web or PGA Tour.