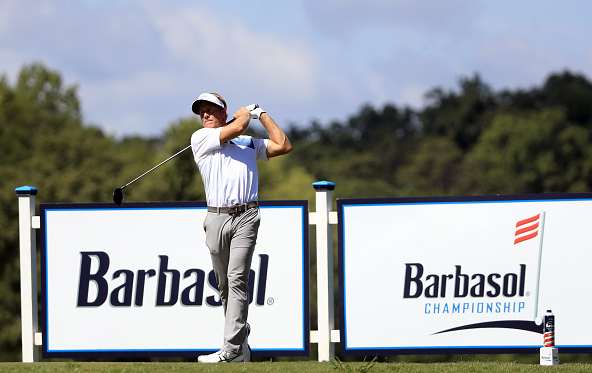 The Barbasol Championship tees off this week at Grand National in Opelika, Alabama – about a 15 minute drive from the campus of Auburn University.

This will be the third edition of the Barbasol, which was first played in 2015, and marked the first Tour event played in Alabama since the controversial 1990 PGA Championship at Shoal Creek.

Playing opposite the British Open, it is one of four alternate tournaments on the PGA Tour’s schedule, with the others being: Sanderson Farms (WGC HSBC), Puerto Rico (WGC Dell), and Barracuda (WGC Bridgestone).

As an alternate tournament, the fields are weaker, the purses are smaller, and the winnings are not quite as impressive (less money, and no Masters invite). With that said, it is a PGA Tour event and the winner still receives a two-year Tour exemption and a trip to Quail Hollow for next month’s PGA Championship.

The Alabama field is generally comprised of veterans on the career-downside, a bunch of up-and-comers, and a sprinkling of players who will actually be part of the FedEx Cup playoffs.

Baddeley was 11 shots off the lead at the halfway point last year, but shaved it (pun intended) to just three after 54 holes.

Then with a final-round 5-under 66, Baddeley forced sudden death with young Si Woo Kim, who he went on to beat on the fourth playoff hole with a 28-foot putt for birdie.

The win was Baddeley’s fourth career PGA Tour title, and his first since the 2011 Genesis Open.

Baddeley will not be in Alabama this week to defend his title. The 35-year-old Aussie qualified for the Open Championship at Royal Birkdale by virtue of a T4 at last fall’s Australian Open (won by Jordan Spieth).

Hugging the edge of the 600-acre Lake Saugahatchee in Opelika’s northwest, the Grand National is said to have been the “single greatest site” for a golf complex Robert Trent Jones, Sr. had ever seen.

The Lake course’s group of par threes are considered as good as any you’ll see on Tour.