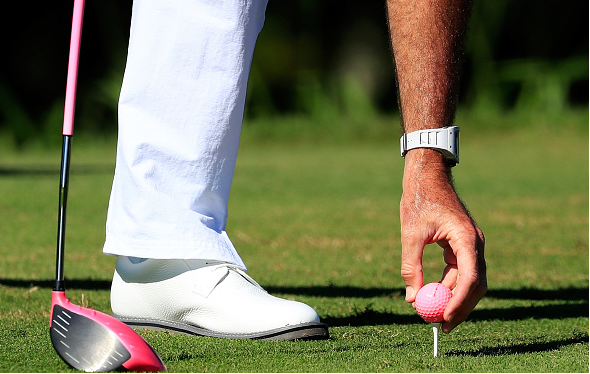 Bubba Watson has struggled somewhat over the first two rounds at Kapalua – shooting two rounds of 72. But the two-time Masters champ at least made some history when he teed up a pink Volvik S4 golf ball during the second round.

Here’s a video from the PGA Tour of Bubba teeing up the pink Volvik golf ball.

Golf Digest used Instgram as well to post a picture of Bubba and his much-talked-about pink ball.

And finally, here’s a closeup from Getty Images of Bubba teeing up his historic non-white ball.