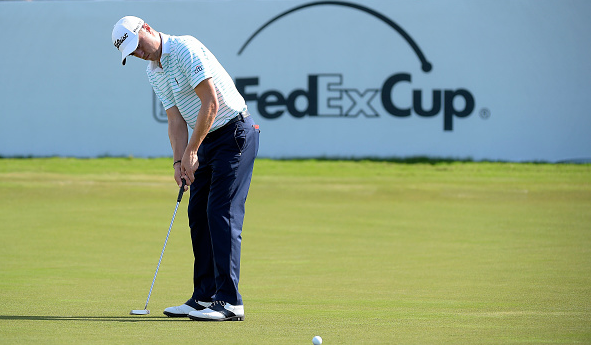 The second round of the SBS Tournament of Champions from Kapalua once again delivered golf fans a mix of greatness, surprise, and a little disappointment sprinkled in.

All three players are included in our second installment of Three Up/Three Down.

Thomas got off to an excellent start in his second round, posting birdies on 3, 4, and 5 and then adding two more on 17 and 18 to score what was a tie for the second best round of the day. The former Alabama golf star hit all 18 greens in regulation and has just one bogey in two rounds.

Like Thomas, Ryan Moore also had just one bogey in the second round, but he got his out of the way early – on the second hole. Moore finished hot, with birdies on five of his last seven. The man who has been on fire since his win at the John Deere in August, was a surgeon off the tees, missing only one fairway all day.

One of the biggest stories at Kapalua has been the recent absurdly good play from Japan’s Hideki Matsuyama, who has won four of the last five tournaments he has entered. Matsuyama was at or near the top of the leaderboard all day, until an untimely double-bogey on 17 pushed him down to the sixth. However, he still finished the round with a five-under 68, and is only three strokes out of the lead going into the weekend. He is still one of, if not the, man to watch.

Watson ran out of gas at about the halfway point of last season, and despite a couple of decent finishes in the playoffs, the two-time Masters champ continues to consistently under-perform. Watson’s second round at Kapalua went exactly like his first one did – a 1-under 72 – which places him at 2-under through 36 holes, and in a tie for 25th (in a 32 player field).

Only two players in the field shot over-par on the day. One was the South African Grace, who was unable to birdie a single hole on the back nine on his way to a 1-over 74.

The other was player to shoot over-par in round number two was the Colombian Jhonattan Vegas, who struggled for a second straight day. A bogey, double-bogey finish on the front-nine was too much for the reigning Canadian Open champ, who finished his round at 3-over par, and currently holds the 32nd position in the 32-man field.