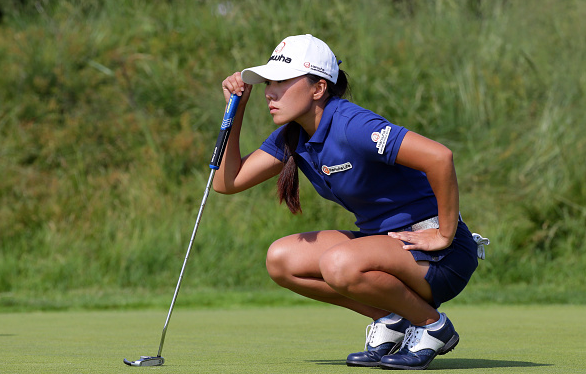 In today’s PGW Daily Rundown we have two unlikely winners: Kim (LPGA) in New Jersey and Paratore (European Tour) in Sweden; Adam Scott has strong comments for the USGA regarding the U.S. Open setup; the LPGA has a new No. 1; and The Memorial has announced their 2018 honoree.

Hale Irwin To Be The Next Memorial Honoree

Jack Nicklaus has never been one to waste time. Each year The Memorial, Jack’s tournament chooses one former player to honor, with the week being themed around that personality.

This year, that honoree, chosen by the Captains Club, was all-time Aussie great Greg Norman. Before Jason Dufner’s final putt fell on Sunday, marking his fifth career victory and first Memorial triumph, the Captains Club announced that the 2018 inductee would be Hall of Famer Hale Irwin.

“The whole fact that Jack established this tournament to recognize some of golf’s notable figures means everything. Jack and Barbara are very near and dear to me. I have a hard time putting myself in that category with the greats of the past, so I am absolutely delighted.”
–Hale Irwin

Ariya Jutanugarn: The New No. 1 in Women’s Golf

Going into last week’s LPGA Shoprite Classic, it was known that Lydia Ko’s 84-week run at the #1 spot in the Rolex rankings was going to come to an end.

She was not entered into the tournament and there was no way for her to hold onto the spot mathematically. The question that needed to be answered was: who would take over that position? The answer became Thailand’s Ariya Jutanugarn.

“I’m going to say, it’s not important because when I play, I really want to have fun. I really want to be happy on the course, and whatever happens, be really happy and have fun, that’s my goal.”
–Ariya Jutanugarn

The USGA, the organization who hosts the annual U.S. Open, has a reputation of creating extraordinarily difficult course set-ups. In fact, it prides itself on it.

With the U.S. Open set to tee off in less than two weeks, world #12 Adam Scott believes the USGA needs to stop being difficult, just for the sake of being difficult.

“If their major pinnacle event requires courses to be the way they are, it doesn’t set a good example.”
–Adam Scott

While the PGA’s Memorial Tournament was won by 40-year-old Jason Dufner, the Nordea Masters, the European Tour’s event this past weekend, was won by someone half of Dufner’s age.

“It feels really amazing right now, I’m very happy. This win means a lot and also to win at a nice tournament like this is very good for me. I feel really great. The first win, I will remember my entire life.”
–Renato Paratore

For a tour that is considered top-heavy, the LPGA has shown remarkable parity this year. After last weekend’s Shoprite Classic, the LPGA schedule has featured 13 different tournaments, with 13 different winners.

This time it was South Korea’s In-Kyung Kim finishing first by two strokes over defending two-time champion Anna Nordqvist. It was just Kim’s sixth start of the season, after missing considerable time with an injured tailbone after falling down some stairs.

“I really didn’t expect to win right away, but I knew my game was better than last year. My trainer, my coach, they had to change so many plans for me because so many things happened last winter. But I just feel so good and I feel all the support.”
–In-Kyung Kim