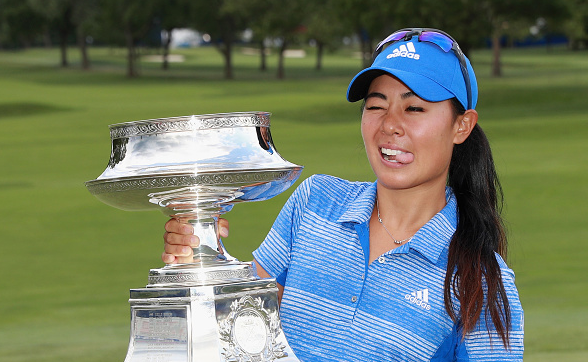 Not only was it Kang’s first career major, it was her first LPGA Tour victory. In the 24 hours since her victory, the 24-year-old American has been doing what just about anyone would be doing: celebrating.

While she is doing the typical thing, she is finding atypical ways to go about it, using the trophy to play the classic children’s game “the floor is lava,” and eating noodles out of the KMPG trophy.

Hey you MAJOR WINNER @daniellekang …the floor is lava pic.twitter.com/O8o2xsxw6R

On this week's episode of ForePlay we have LPGA Major Champion @daniellekang eating noodles out of a trophy https://t.co/AHsGsspFQ8 pic.twitter.com/aBrF50oJM5

“Having a major championship in my resume, I don’t know what it will do.”
-Danielle Kang