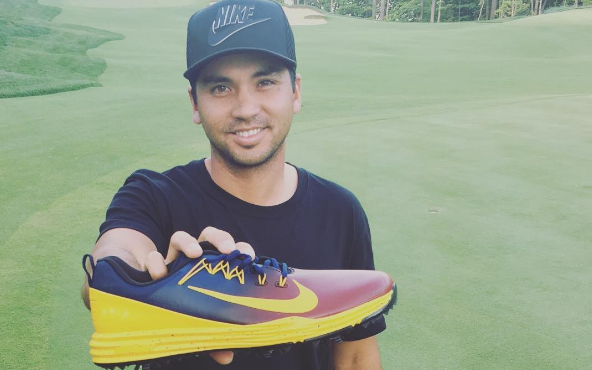 Known as the best Australian golfer on the PGA Tour, world #3 Jason Day takes considerable pride in those Aussie roots. However, he has plenty of love for the U.S.A. as well, in particular, the state of Ohio, which Day refers to as his “adopted home state.”

A resident of Westerville, a Columbus (OH) suburb, Day looks to get especially connected with the locals this week when he plays The Memorial Tournament, held in nearby Dublin. He is even taking it a step further by wearing golf shoes that support the NBA’s Cleveland Cavaliers, who are defending their NBA title in game 1 of the finals tonight.

“I’m looking forward to coming out here and trying to change the way I usually play around here,” he said. “This has always been one of the tougher stops for me. Not so much the golf course, itself, but I think it’s a little bit of a hectic week when you’re in town and you only live 25 minutes away. I’m interested to see how things go.”
–Jason Day