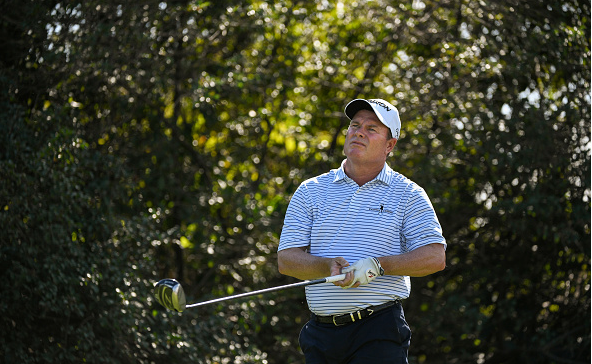 Joe Durant posted a second-round 9-under 63 at The TwinEagles Club and will take a one-shot lead over Steve Stricker into Sunday’s finale. 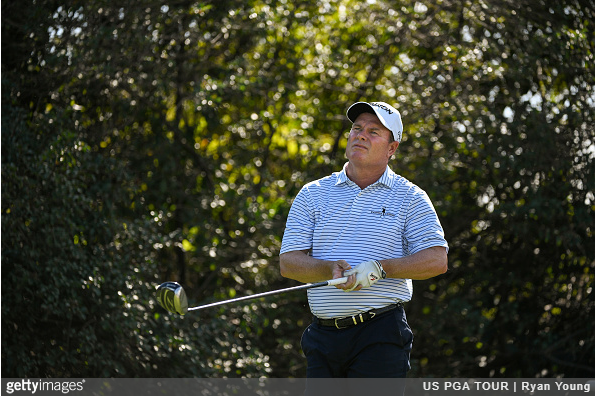 Durant, who finished T10 in Naples last season, offset one bogey with 10 birdies during his second 18 holes at The TwinEagles’ Talon course.

“I kept giving myself nice opportunities, too. I hit some good shots coming in. The greens are rolling great so if you hit your spots, you can make a bunch of birdies, which a lot of guys did today,” said Durant, who has two wins on the Champions Tour.

Alone in second was Stricker, who also shot a 9-under 63, but did so bogey-free. The 50-year old Wisconsin native made four birdies on the front to turn at 32, and then reeled off five more on the way home, highlighted by two-straight on 17 and 18, to sign for the co-low round of the day.

“I holed some putts, putts that I hadn’t been making, you know, too much of lately. So it was good to see the ball go in on some of those mid-range putts,” said Stricker, who has now posted three 63s in just 18 rounds on the senior circuit.

“I put the ball into play, got it on the greens and gave myself some chances.”

John Daly shot a second-consecutive 4-under 68 and headlines a group of five more players at 8-under par.

“I always look. I’m one of those guys that looks at the leaderboard, but the thing about it is here, if you look too much and you’re not paying attention to what you’re doing you’re going to get run over. You’ve got to make a lot of birdies. We don’t have the wind that we typically have here. It’s been a bit benign this week and that’s why the scores are so low, and the course is in great shape, too.”
– Joe Durant