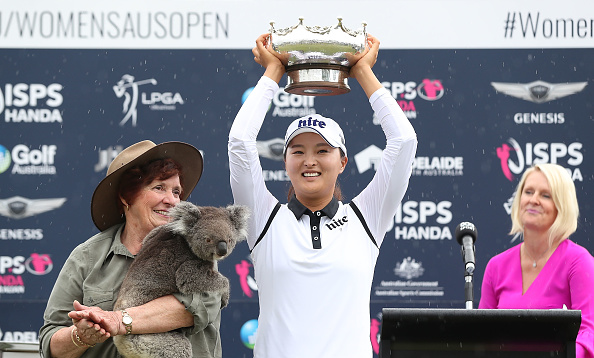 Jin Young Ko shot a final-round 3-under 69 to secure a wire-to-wire victory at the ISPS Handa Women’s Australian Open. 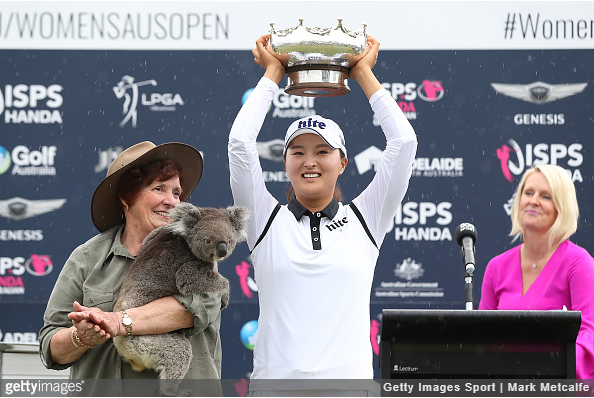 The Korean star, who entered the day with a four-shot lead, birdied the first two holes on Sunday to move ahead by six shots.

After a bit of turbulence on hole Nos. 3-7 (bogey-par-par-par-bogey), Ko regrouped and cruised home error-free with three additional birdies on Nos. 9, 13, and 17 to sign for an aggregate score of 14-under 274, three clear of compatriot Hye Jin Choi, and four ahead of Australia’s Hannah Green.

“I focused on my game and I think my chipping and putting were keys,” Ko said, when asked about her Sunday strategy.

“This course is narrow, and then there’s the green, so I’m thinking about only the greens and then try to two-putt.”

Ko, who captured the KEB Hana Bank Championship in October – a win that granted her full status on the LPGA Tour, becomes the first player in 67 years to win in her debut as a Tour member.

Runner-up Choi reached 11 under by virtue of a final-round 5-under 67. One further back was the Australian rookie Green, who posted a impressive Sunday round of 69 to finish alone in third at 10-under par.

“I hit it really well again today, I hit it close, but just unfortunately the putts that went in during the start of the week didn’t go in today,” said Green.

“I’m very proud of my week this week. It’s great to be playing Aussie Open and be contending.”

Another Aussie, veteran Katherine Kirk, shot a low-round 65 to move into the fourth spot at 9 under, one clear of compatriot Minjee Lee who carded a 70 to sit T5 alongside American Marina Alex at 8-under par.