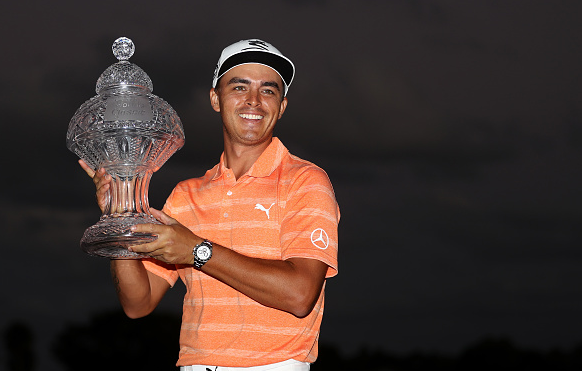 Rickie Fowler shot a 1-over 71 in the final round of The Honda Classic at PGA National. But it was good enough to maintain his 54-hole lead and capture his fourth PGA Tour title. The 28-year-old Fowler finished the tournament at 12-under-par – four shots clear of the runner-ups.

It was Fowler’s first Tour win in over a year, with his last victory coming in the fall of 2015 during the Deutsche Bank Championship at TPC Boston.

Morgan Hoffmann and Gary Woodland tied for the second-place at 8-under-par while a logjam of players tied for the 4th spot at -7, including Billy Horschel and Jhonattan Vega.

For the victory, Fowler takes home 500 FedEx Cup points, and $1.152M in prize money – which moves him into the top-10 in the FedEx Cup standings.