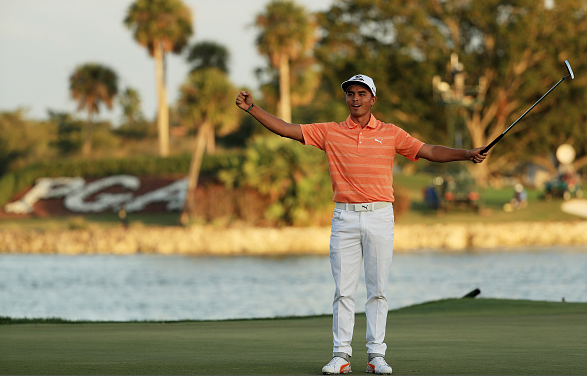 The Honda Classic is in the books, with Rickie Fowler taking home the big prize of $1.15M. The win was Fowler’s first in over a year, and 4th of his PGA Tour career. The victory at PGA National moved the 28-year-old Oklahoma State alum back into the world top-10 where he was much of last season.

As part of closing up shop on another week, and getting ready for the year’s first World Golf Championship down in Mexico (while making sure the kidnapping insurance is in place), here’s a look at the PGA Tour’s weekly video recap from beautiful Palm Gardens, FL.

Rickie Fowler pulled away from the pack to claim his fourth TOUR win. pic.twitter.com/jGNLC1oMWK

The one-minute clip looks back the the week that was at PGA National, including some serious great golf shots.

Jay Monahan: From Tough Guy Who’s “Moving On” to Crybaby Who “Can’t Compete”