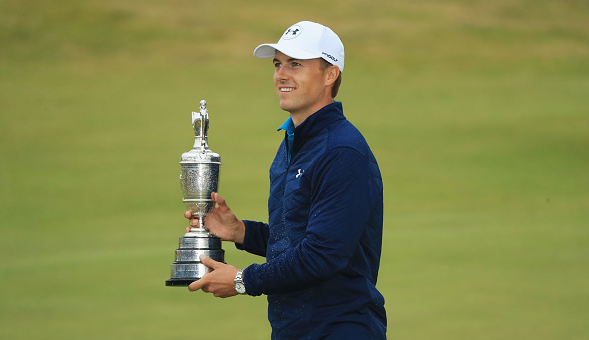 Jordan Spieth fired a 1-under-par 69 on Sunday to capture his third major championship at the 146th Open Championship.

The now three-time major winner finished his four rounds at Royal Birkdale at 12-under, and three strokes clear of runner-up Matt Kuchar (69).

The win puts Spieth’s name among the all-time greats, and sets up even more historic possibilities at next month’s PGA Championship at Quail Hollow.

Along with the Claret Jug, Spieth takes home $1,845,000 and 600 FedEx Cup points, which bumps him from 4th to first with 2,579 points. He will move from fourth to second when the world rankings come out on Monday.

The final leaderboard.
Who will be next to top it at The 147th Open at @carnoustiegolf? #TheOpen pic.twitter.com/xOCkwqFocW