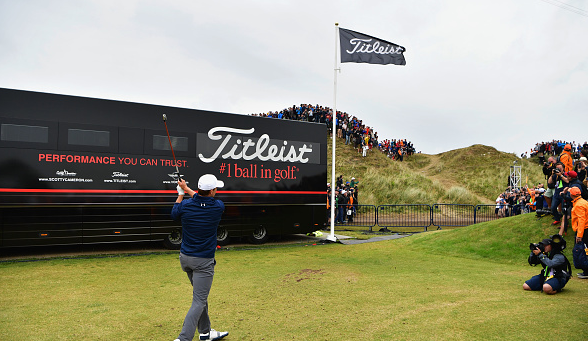 The final round of the 146th Open is in the books, and Jordan Spieth did it. The 23-year-old Texan is the Champion Golfer of the year, and joins Jack Nicklaus as the only two players to have won three legs of the grand slam before the age of 24.

Spieth now has three wins on the season and is the slight favorite (over Dustin Johnson) for Players of the Year honors. He moves into first place in the FedEx Cup standings, and into the second spot in the world rankings.

Let’s take a look at some of the best and worst from Sunday at Birkdale.

The round of the day, at least in regards to score, came from a surprising place: 21-year-old Hao-Tong Li of China.

Li shot a bogey-free 7-under 63 which included seven birdies over his final 11 holes. He jumped 26 spots on the final leaderboard, finishing in solo-third place. (-Joel Cook)

Since it’s hard to get disappointed with a round if it’s meaningless, the easy pick here is Spieth’s front-nine.

A 3-over 37 with two fairways hit had many golf fans wondering if they were witnessing Meltdown II – The London Edition. It was that bad.

Could Titleist have asked for better exposure as Spieth took his now famous shot from in front of its equipment trailer on Sunday? The image is branding gold, and looks almost like a staged advertisement. It will be part of some sort of ad campaign.

Spieth had made 4 bogeys in his first three rounds at Royal Birkdale. On Sunday, he made 5 of them after 13 holes, and was 4-over on his round.

It was a disaster of epic proportions. Then the comeback happened.

Spieth wiped out one of the worst starts in recent memory, with the most explosive five hole finish to win a major. Of all time!

As we mentioned earlier, the 21-year-old Li of China shot the round of the day (-7). But other than his family, and Ernie Els, who he was paired with, no one even knew Li was in the field.

Afterwards, Li was thrilled with his performance. When asked if he thought he had that kind of game in him, an excited Li said, “Not really, actually. But for some reason since hole No. 8, I just start holing everything.”

On the good side, only Hao-Tong Li shot 63. And only one player shot 64, Aaron Baddeley. On the ugly side of things, only Dustin Johnson posted a 77.

After a bogey on 13 which dropped Spieth from the lead for the first time in four rounds, the world No. 2 got it right back with this near-hole in one on the par 3 14th. He would go on to tap in for birdie and never lose the lead again.

'It's like we have entered an alternative reality!' – @jordanspieth nearly holes from the tee at the 14th. #TheOpen pic.twitter.com/7Hm0VX9ZoA

Rory McIlory looked dapper with this Royal Birkdale-designed accessory dangling off his shoulder.