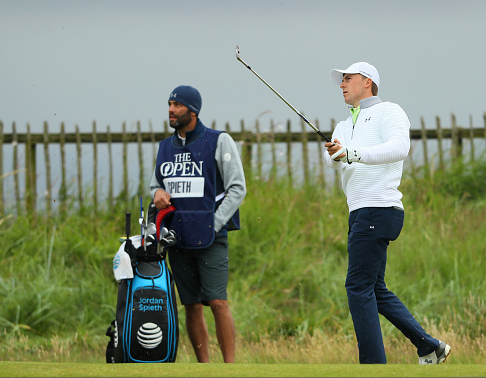 The 145th Open Championship is in the books, with Henrik Stenson (-20) winning in historic fashion over Phil Mickelson (-17) by 3 strokes.

Here’s a round-up of quotes from the top golfers, following Sunday’s final round at Royal Troon.

“I was trying to stay in the moment and do my stuff out on the golf course. I felt like it was my time. I believed it was my time. I managed to pull through, and have a great finish, and beat Phil by a few shots there. Its as tough. I knew it would be tough, and it was a battle until the end.”
Stenson, (-20, 1st), on his first major win.

“It’s disappointing, but he played incredible golf. I threw as much at him as I could and he didn’t make any mistakes. He made 10 birdies. It was just incredible play, and what a great champion he is!”
Mickelson, (-17, runner-up), on his head to head match with the 2016 Champion Golfer of the Year, Stenson.

“I’m happy with everything. I’m happy where my game’s at. I feel like it’s definitely heading in the right direction. Bar the missed cut at the US Open, my results have been decent the last few times I’ve played and it’s going to be a top-five here so there’s not much wrong. I want to win but I think you guys are more desperate for it to happen than I am.”
McIlroy, (-4, T5), on dealing with high expectations.

“The Claret Jug’s a pretty awesome thing. I’d love to get my hands on it again, but I’m sure Henrik will let me drink out of it again if I need to.”
Johnson, (-1, T12), on ending his reign as the Champion Golfer of the Year.

“Summing it up, I would say I played well. I’m back to full health, which is the exciting part for me. There were lots of good signs. I felt as if I played a lot better than the way it turned out for me. So, as a player, you can take a lot of confidence from that.”
Rose, (+1, T22), on what he can take away from a The Open Championship.

“I gained some momentum today. For the first time all week I saw some putts from six feet go in. My ball striking’s there. I struck the ball good so it’s good the PGA Championship is approaching fast. I just have to fine-tune a couple of things we I get home and that’s it.”
Spieth, (+2, T30), commenting on his best round of the weekend, and the only under par round in a major since the first round of this year’s Masters.