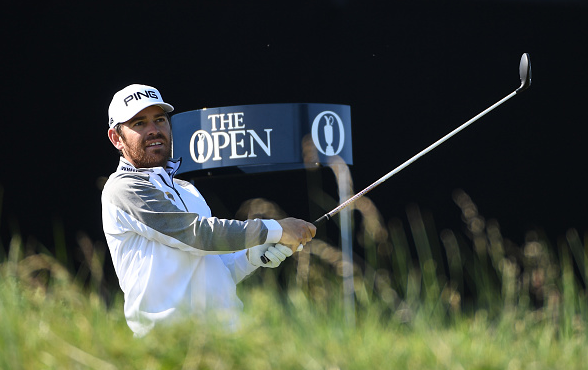 The Open Championship tees off on Thursday morning at Royal Birkdale Golf Club, located in the seaside town of Southport, England.

The historic par-70 links course is considered to be one of the fairer tests of golf. At 7,156 yards, with narrow fairways that weave their way around massive sand bunkers, a premium is placed on accuracy over length. So keep an eye on creative shotmakers over long bombers.

With such an astoundingly deep field, ranking the favorites and sleepers for the 146th edition The Open feels like an impossible task, but not one that PGW will shy away from.

In descending order, here are my favorite picks for this year’s ‘British’ Open.

The world #1 and odds-on favorite at #9? How is that even legal? It is not a typo, but I will admit that it feels criminally low for someone who has looked as dominant as prime Federer at times in 2017.

It is not really a knock on DJ, who would not surprise anyone by running away with Claret Jug in a rout. It more of a testament to the how incredible his competition is.

It is also fair to be concerned about his recent results. He has missed the cut in his last two events, going a combined +12 in two rounds apiece at The Memorial and U.S. Open.

He just has not looked quite the same since his freak off-course injury in Augusta, and until he goes out and shows that his head is in the game, which I suspect he will soon, I find it difficult to justify ranking him ahead of any of the next eight golfers on this list.

The 26-year-old from Southport, England – yes, the same Southport, England, host city of Royal Birkdale – is another player who could be much higher on this list. He has never made the cut at The Open Championship, but in the past month, he is playing as well as anyone in the world.

He contended for three days and about a half-dozen holes at the U.S. Open, playing in the final Sunday group and finishing in solo-fourth place. He then followed that up with a T6, WIN, T10 stretch in Europe, with that victory coming at the French Open.

Fleetwood has risen from 99th to 14th in the world rankings this year, as he has notched two wins and two runner-ups in Europe, where he leads the Race to Dubai standings.

He is currently hitting an eye-popping 84.44% of his greens on the European Tour (which ranks #1 on that tour), and that formidable iron game should be an enormous asset at The Open.

The ultra-talented Fowler has become the proverbial “best player without a major”, but he is an extremely popular pick to put an end to that dubious honor this week.

The 28-year-old has been close at a number of majors, most recently at last month’s U.S. Open, where a disappointing final round of even-par (how often can those words be arranged that way when talking about the U.S. Open?) further delayed what most think is inevitable.

Fowler has been largely irrelevant at the last two Open Championships, but did finish runner-up in 2014, and T5 in 2011.

Rickie has the third-best odds for good reason: he leads the Tour in scoring average, he has four top-three finishes in 2017, including a win at the Honda Classic, and his game has historically translated well to links-style.

If he can stay out of his own way, he could be an incredibly appropriate winner, given the recent trend of first-timers at the majors.

The Open Championship agrees very well with the 37-year-old Australian, who came into last year’s tournament on a 2-T3-T5-T10 Open stretch. He has the kind of pristine iron game that his competition dreams about, which makes him an easy favorite at a place like Royale Birkdale.

While it might feel like he has barely played this year, it has actually been another typically good year for him, with seven finishes of T15 or high in 12 starts. He has been surprisingly up-and-down within tournaments this year, but if he avoids trouble off the tee, it is difficult to see him not in contention yet again.

Allegedly, Spieth is still 23, but he continues to play and strategize like someone with decades of Tour experience.

While his thrilling win in his last start, the Travelers Championship, brought about some concerns about his usually impeccable putting, he is one of the small handful of players who is among the most feared in the field no matter where he tees it up.

His early trajectory is that of an all-time great, a transcendent legend who changes the game forever. Having him at #5 honestly feels like an insult.

His last year and a half of majors has not quite been on the level we (probably unfairly) have gotten used to from Spieth, which is basically the only thing that prevents his odds from being something that sounds impossible like 2-7.

A recrudescence of major magic in the near future feels certain, the question is whether that is this week.

Yeah, he has not won anywhere since he improbably took this event in 2013, but he is the smartest golf-mind in the game and has managed to flip this tournament, which used to be his achilles heel, into his playground.

His performance at Royal Troon was one of the most flawless displays of golf mastery that game has ever seen. It was a Henrik Stenston away from being in the conversation of greatest round ever.

Now 47 years old, Phil winning at Royal Birkdale would set a new tournament age record, but the way he preps for a major, his odds should be much better than one in 40.

After his legacy-winning victory at The Masters in April, Sergio can have fun at The Open Championship again. He has been able to go back to being El Nino.

That being said, even a pressured Sergio was consistently great in this event. He has an unbelievable ten top-10s in 20 Open starts, and has finished T2-T6-T5 in his last three.

His iron game is elite, maybe historically elite, and he has been otherworldly off the tees. Now that he can breathe, the sky is the limit in these Opens.

It feels like he has been around forever, but at 37, there is no reason to expect a precipitous drop-off anywhere in the near future.

A 27-year-old Oosthuizen became one of the few recent exceptions to the Open trend of 35+ year-old winners when he absolutely blitzed the Open field in 2010, emphatically commandeering the Claret Jug by an incredible seven strokes.

Surprisingly his romp at St. Andrews continues to be his only major victory, although he has had several close calls, most notably his playoff losses at the 2012 Masters and the 2015 Open Championship, and a runner-up at the 2015 U.S. Open.

Just two starts removed from a runner-up at THE PLAYERS Championship back in May, Louie’s game appears to be rounding back into championship form.

He ranks inside the top 26 on Tour in five of the six strokes gained categories, including 7th in strokes gained: total. I believe his experience, current form, and all-around game will catalyze a serious run to a second Open championship.

Turning 40 on Friday, I can’t imagine there are many in the field that want this major more than Casey. Yes, he has had trouble putting together four rounds at the majors, but so do many pros before they finally notch major #1.

Casey is a smart, resilient competitor, and I believe he has learned enough from his failures to finally pull one of these out. He perfectly fits the profile of the typical modern Open winner: he is a battle-tested vet, he is accurate off the tees, he is a premier iron player, and he putts well enough. He also has a low ball flight, which should help him mitigate the wind factor.

After winning last year’s Open Championship, Henrik Stenson told reporters that he had believed it was his time, and decided to simply take the tournament.

I think Paul Casey uses similar motivation and a sense of urgency to take this one in front of his home crowd.