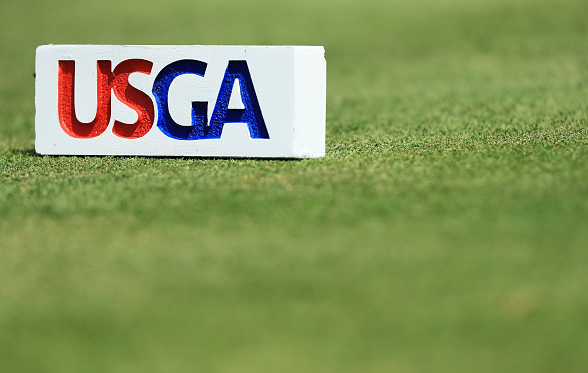 With the United States Senior Open returning to Salem Country Club this month, we have decided to turn our debating skills to this, the biggest prize in senior golf.

Gorman will feebly attempt to refute my superior knowledge and experience with his half-witted barbs, but as usual will come up woefully short. Kind of like his putting.

Our three Open-related topics center on:

Tim Geary: My pick is Bernhard Langer. Gorman’s is Hale Irwin. To be truthful both can legitimately lay claim to that title. Even Gorman can’t be wrong ALL the time.

I’m not about to disparage Irwin. That would be idiotic and that’s Gorman’s side of the fairway.

But I’m taking the German Tornado simply based on his performance in the majors. He has a record nine senior majors while Irwin has seven. And he may well make it double figures after he leaves the Bay State.

Tom Gorman: While Langer is one of the greatest, he’s not THE GREATEST. That title belongs to Hale Irwin.

While some remember Irwin, a 20-time PGA Tour winner, for his iconic victory lap around the 72nd green at Medinah in 1990 to win one of three U.S. Open titles, he really achieved superstar status after the age 50. The native of Joplin, Missouri won a whopping 45 times on the senior circuit, including seven major titles.

He is the all-time leading money winner on the Champions Tour, including two U.S. Senior Open titles, while the record shows he finished in the top 3 in 44 percent of tournaments entered, and in the top 10 an amazing 72 percent.

2. Is Salem CC a good venue for a major championship?

Geary: Ironically the historic Donald Ross designed course sits not in Salem, but rather Peabody. The original course, which opened in 1895 (same as Newport Country Club, home of the first U.S. Open), lay in Salem but the Ross course moved across the line and opened in 1925.

It has already hosted five USGA events, including a past Senior Open as well as numerous MGA championships. I’ll admit that Salem CC would be hard pressed to host a U.S. Open, but it is ideal for the Senior Open.

Gorman, who would dismiss the Liberty Bell as junk, will argue that SCC no longer offers the challenges that today’s players, even seniors, find difficult to cope with, but the USGA doesn’t often make mistakes with its venues, especially classic ones.

Face it, if Salem was not up to snuff, it would have been brought to light the last time the championship was held here.

Yes, parking may prove to be difficult and anything held around greater Boston can create a traffic version of Armageddon. But the USGA has had a lot of experience dealing with parking and traffic snarls. It will have plenty of parking off site and a well organized shuttle service.

Things may get a little sticky but that’s the norm with any huge event. Try getting out of the lots at Gillette Stadium on a Sunday after a Patriots game and tell me how smooth that is.

The course itself is a jewel, both in its conditioning and design. Ross didn’t have many bad days and when he was drawing up the plans for Salem he was on his A-game.

While it is not long by today’s standards players cannot just stand on the tee and blast away. They have to devise a game plan to traverse this track (Corey Pavin anyone?). The rough won’t be as thick as the actual Open, but it will be penal enough that putting the ball in the fairway will be a premium.

Gorman: First the good news: Purchasing a ticket to the 38th US Senior Open at Salem Country Club is easy and affordable, while the Ross-designed masterpiece is worth the price of admission.

Now for the bad news: Salem was not exactly designed to host major events such as a U.S. Senior Open. So if you plan to attend, take a deep breath because getting to the golf course is going to be a real hassle.

Fans will park (free) at the Topsfield Fair, which is located 9 miles from the clubhouse. The USGA will then shuttle you from Topsfield to Peabody and vice-versa (18 miles round trip). The media parking is located 3 miles away at the North Shore Mall.

When you arrive onsite, expect substantial walking on grassy hills and dirt paths, along with multiple crossover areas and delays when trying to follow your favorite player.

At the 2001 event, I was standing on the practice tee before the final round listening intently to Gary Player’s wife, Vivienne. She complained loudly that Salem Country Club was the most difficult golf course to walk and follow her husband. She boasted that in 40 years of following Gary around the world, Salem has more crossovers and stops and starts and delays than any other golf course she has ever traveled.

So what does the USGA do? They bring the event back 16 years later for a repeat performance of what can only be described as a logistical nightmare.

In the alternative, if you want to watch the telecast on FOX Sports, featuring the dynamic team of Joe Buck, Paul Azinger and Brad Faxon, on “10 big-screen TV’s in a 10,000 square foot entertainment complex with four VIP sections,” the “World Famous Golden Banana” is located down the street, just a long par 5 away on Route 1 in Peabody. The website proclaims it to be “Boston’s premier Gentleman’s Club” offering “top shelf bottle service” and…

3. Who Are the Top-5 Players in the Peabody Field?

Geary: Fred Couples is in the field, along with Tom Kite and Tom Watson and the aforementioned Pavin, who I love to watch because he plays a golfing version of chess.

But my top five next week are Vijay Singh, who is still very competitive on the regular tour and is my overall pick to win the tournament (which probably is his kiss of death); Steve Stricker, who just came off a great showing at the U.S. Open in his home state; Langer, who is there in the mix every single week and is one of the best ball strikers in the game’s history; Miguel Angel Jimenez, the most interesting man in golf, and my Rhode Island com-padre, Billy Andrade, who has been playing fantastically this year.

Gorman: Vijay Singh, 54, who still plays regularly on the PGA Tour, is the player to beat in Peabody.

Singh has 39 PGA Tour wins, including three majors. The World Golf Hall of Famer should win by about 5-6 shots over Bernard Langer, Fed Couples, Colin Montgomerie and Scott McCarron.

Why? Because Vijay is still much better than any golfer over age 50. He’s still the hardest working and most under-rated player ever. He is also far and away the best player to not win a senior major championship – until this week!