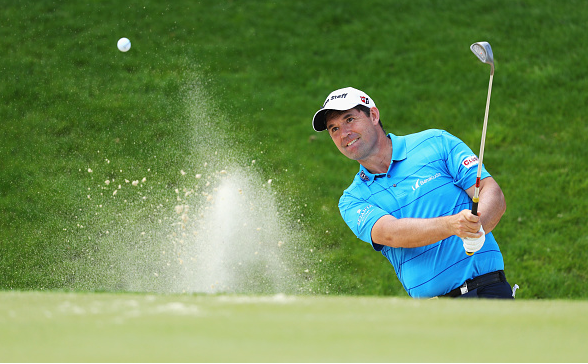 Padraig Harrington is a humble man who doesn’t think twice when given the opportunity to help fellow golfers, but after an unusual incident in Memphis, maybe he should.

Harrington, a three-time major winner from Ireland, was in Memphis for this week’s FedEx St. Jude Classic when an amateur he was helping inadvertently hit Harrington’s elbow with a rogue swing.

Harrington was forced to withdraw from the tournament.

Just withdrawn from @PGATOUR @fesjcmemphis this week.I was hit on the elbow with a practice swing by an amateur I was coaching at an outing.

Thankfully nothing was broken,just 6 stitches. I thought it was the end of me playing competitive golf.

I'll only be out for 12 days or so to let stitches heal.

“When I came back from the hospital, I gave him a big hug. It was a pure accident. These things happen. I know he felt bad. And he told me I straightened out his hook.”
–Padraig Harrington