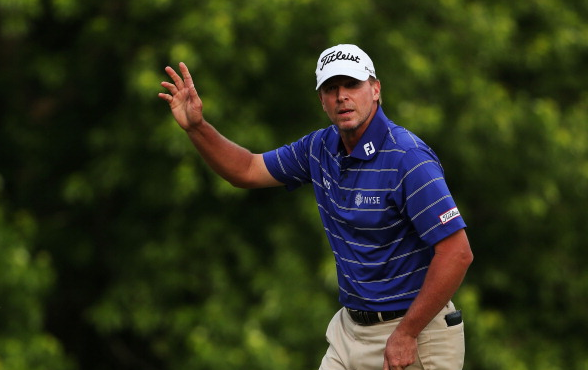 Among the big names who had not already qualified for next week’s U.S. Open, none were bigger than Steve Stricker.

The 50-year-old, who now divides his limited time between the PGA and the Champions Tour, has not hid his desire to play Erin Hills, which is being held in his home state of Wisconsin. He recently attempted to receive a special exemption, a request which was denied by the USGA.

Way to go u old stud @stevestricker. All your friends @ChampionsTour wish you the best of luck. See u soon @amfamchamp https://t.co/re82TIpY2E

Big congrats to our 2-time Vice Captain and 3-time team member @stevestricker on qualifying for the @usopengolf this year! Awesome! #GoUSA pic.twitter.com/u9UXPq3mJO

Congrats @stevestricker on qualifying for the #USOpen! We can’t wait to watch you compete in your home state of Wisconsin. #DreamFearlessly pic.twitter.com/sNn0UmIpPW

Thank you everyone for all the tweets I received today after qualifying for @usopengolf! Stoked to be playing in my backyard. #erinhills

“It was a good day. It means a lot. It’s been at the forefront of my thinking for a while now. It’s kind of a relief know I got in on my own terms. I went through qualifying. I’d rather have it that way. I’m glad I did it this way.”
–Steve Stricker