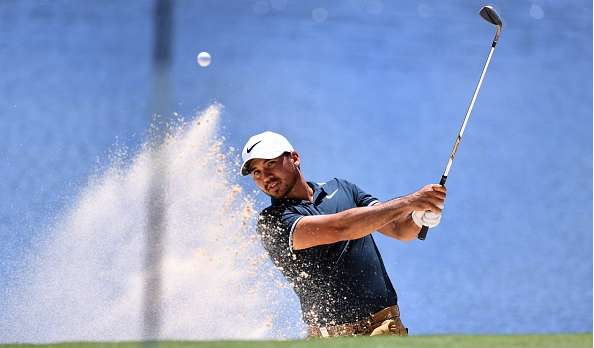 Jason Day posted a 2-under 69 on Saturday and will take a one shot lead into Sunday’s final round of the Emiratas Australian Open.

The 30-year old Aussie, who is seeking his first win of any kind since the 2016 PLAYERS, finished his first 13 holes at The Australian bogey (and birdie) free. 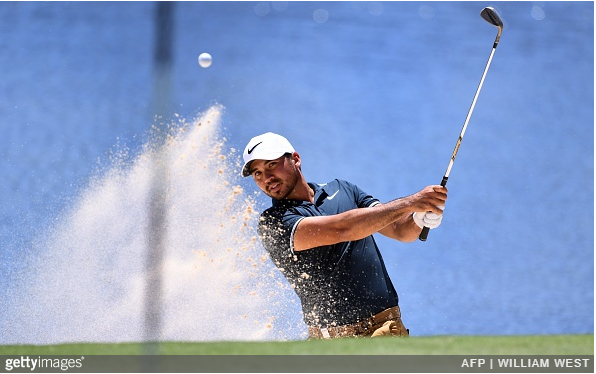 Day finally broke his string of pars with back-to-back birdies on 14 and 15, sending the galleries into a frenzy. He gave one back on 17, but finished on a high note with a birdie on No. 18 to get to 10 under and atop the leaderboard.

“It was tough to not force things. I know the crowds want to see a lot of birdies,” said Day. “On a day like today, as a Professional golfer who has been around for a while, it is easy for me to see that I need to stay patient and not be aggressive.

“Coming back and making birdie at the last made things much better after 17, I am looking forward to tomorrow’s round, hopefully I can pull through for a win.”

Day will once again be paired with young Lucas Herbert, who started his round one up, but after a level par 71 will tee off on Sunday one down.

Afterwards, Day was impressed with the long bomber from Victoria.

“The way Lucas played today; he showed a lot of maturity within himself so that was good to see,” said Day. “He has a lot of potential, he has a great short game so when you can hit it long and have a good short game, there is always potential for a lot of success, he just needs to get a the reps under his belt, experience-wise with Tour golf.

“I’m not focusing on too many guys tomorrow but I need to keep an eye on Lucas.”

Despite the obvious nerves, Herbert got off to a nice start, with a birdie on the par-3 fourth hole which at the time put him two up on Day.

That edge was quickly erased with a bogey on the next hole, but a second birdie on No. 8 allowed Herbert to turn in the red, holding a two-shot lead. A double bogey on the 11th locked things up, though, and from there Day finished one shot better down the stretch to grab the 54-hole pole position.

“I just wanted to give myself a chance going into tomorrow,” said Herbert. “In that last group is obviously going to be a really big asset. I’m going to be able to see what everyone’s doing and play from there and obviously try and get that shot back and maybe more than that to try and get in front.

“I was pretty happy to save a lot of shots where I did.”

Cameron Smith (69), who teamed with Blixt to win the 2017 Zurich Classic on the PGA Tour, is just one back of his partner at 6 under.

“I don’t know how I slept last night. It was like trying to drink three cans of Red Bull and then go to bed; that’s what it felt like. But after I made a couple of good pars there to start, I think that sort of kicked the nerves and I was good to go.”
– Herbert Lucas, on nerves as 36-hole leader and being paired with Jason Day